I have a lot of progress on my quilt! 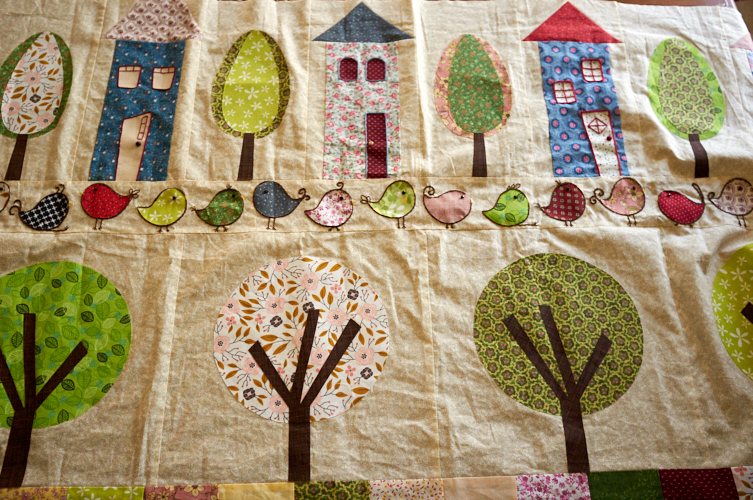 It should have been finished by now because it was meant to be fast and easy but my imagination is just doing everything it can to slow it down. I am fighting to find the balance! When it is all said and done, you’ll see everything in beautiful ironed detail:D I’ll also explain how off-pattern I got. Up next is the challenging task of machine sewing the appliqué pieces where I can, and then hand-sewing the rest. Yes, I planned this poorly – but I had trusted the fusible appliqué, what can I say? 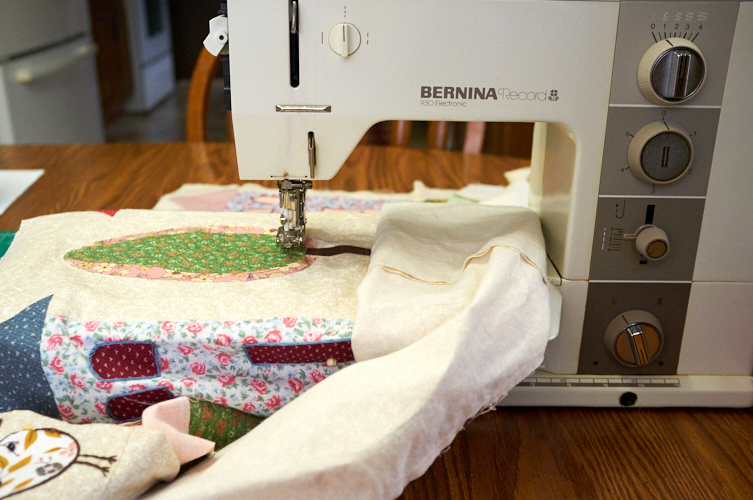 As for TAST, I finally did complete week 15’s rice stitch! It is currently drying after having sprayed it with water to remove the ink lines so I will probably post about it tomorrow. I then decided that once this week’s stitch was announced (whipped wheel), I realized that if I kept skipping stitches that don’t have much variation to them, I would be missing out on too much! Therefore, I decided to collect these on a single pennant (or more as the year unfolds). I started back with week 13, the buttonhole wheel that I skipped since I kind of added it to the buttonhole week’s pennant. So far this pennant has four separate stitches on it, but I will likely hold off on posting it in better detail until I fill it up. You may notice that I went a little bonkers with the “font”. I was in a hurry – if you hadn’t noticed with prior examples, the text is not the portion I care about. I enjoyed the challenge of “how fast can I get started with red thread?” ;) 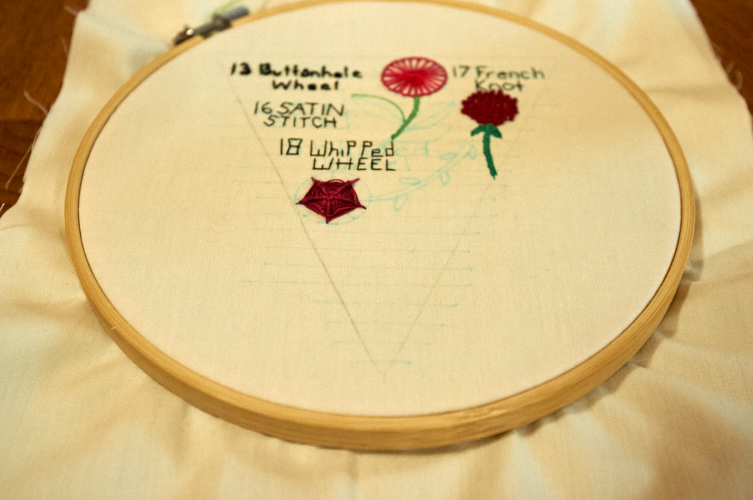