First, let me be straight with ya’ll. I have no TAST to show! My sweeter-than-pie kitty Maya is finally getting her nose-breathing woes checked out at the Purdue vet hospital far away from here so we spent the day down there with her. They have her until possibly Friday and though today’s preliminary workup doesn’t really explain why she is the way she is, everyone is optimistic that tomorrow’s more invasive scanning (CT and rhiniscopy, in conjunction with the radiology department…) will solve the puzzle and she’ll be home and happy soon. Fingers crossed!

(Sometimes, even she has to tell chatty Sasha to shush it;) 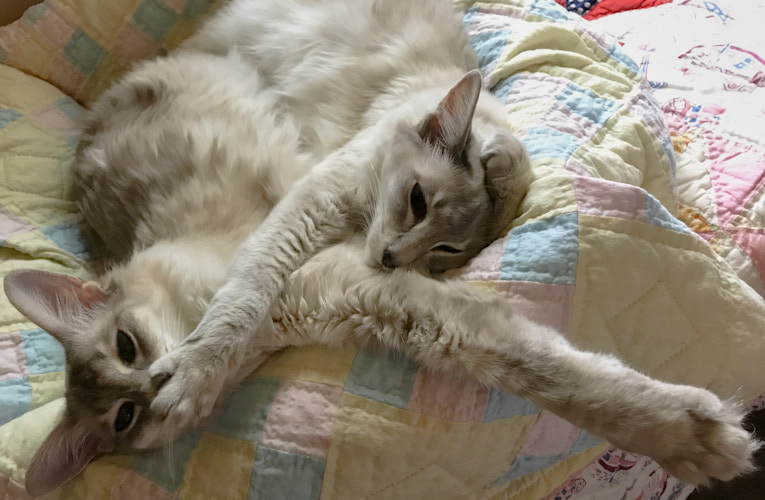 But I have been crafting! Over the weekend, we had peeps over for gaming and ya’ll prolly know that I can’t just sit still when it isn’t “my turn”. I grabbed up this painted pattern at the last guild meet and stitched it up. I still need to add the light grey part, but I don’t own light grey so this project will become part of my non-finished stack until that is resolved. From what I can tell with internetting, it is a Designing Women pattern, 0147, probably titled Fluer De Lis. 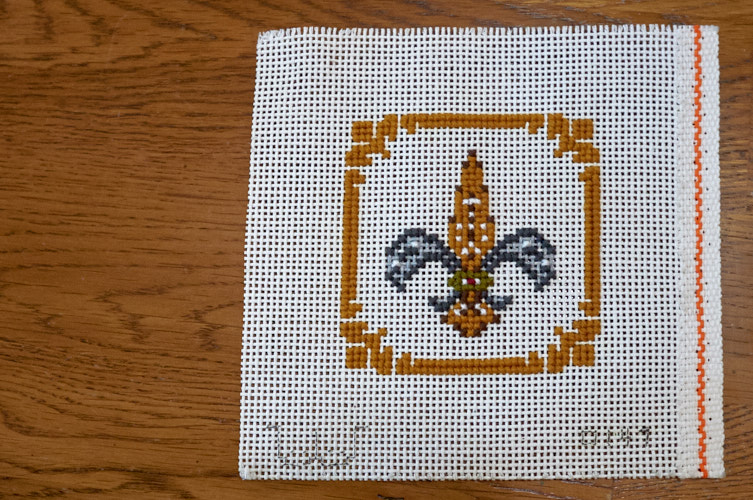 I also made headway on the quilt top and got it all pieced together. I’ll talk about it in a separate post once it’s finished but I am reminded once again why I am not a quilter. 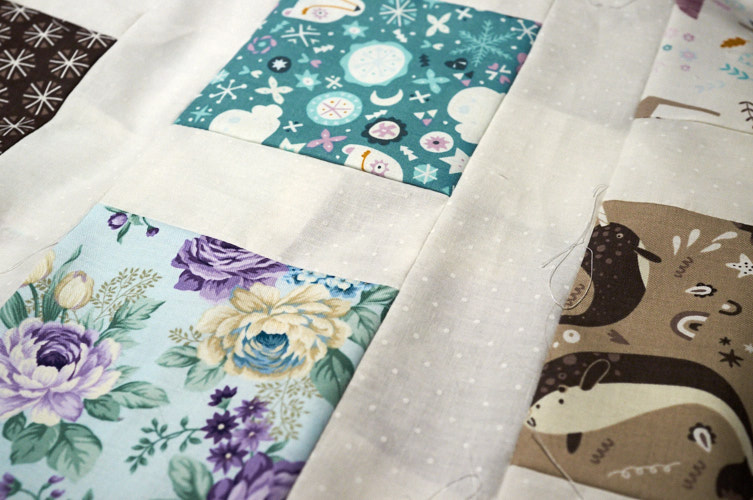 I think I’ll be able to TAST tomorrow without issue so I’m still not worried about that. This week is the feather stitch, another “simple” one.

Additionally, rather than simply ignore what happened in Florida today and pretend life is swell and dandy, I want to add that my heart goes out to everyone involved, and everyone who has suffered similar tragedies in their own history who have been coping as best they can and now must relive their own horror. I was in high school when the events at Columbine happened, and near twenty years later, I don’t understand, still, why a) this kind of access to guns is a thing and b) we stigmatize mental health issues so much that people don’t seek help (or charge too much for it to make it accessible). Peace to everyone.