I had intended to show you a WIP of a snazzy foundation-pieced project today, but I decided to postpone starting that until I had the proper tools. I only recently heard about an “add a quarter ruler” so when that showed up in the instructions, I bit the bullet and ordered some. Gosh, that would have made Hester’s Rose and my UnderCover Mat so much easier! I also ordered newsprint paper, which supposedly is as good as foundation paper, but much much cheaper. Previously, I just used printer paper. It worked fine for those two projects but I could see it being an issue with other ones.

For one (!) of my other WIPs, I am a bit disappointed. I ordered fabric from Missouri Star and it took almost two weeks to get the shipment, which was then missing an item. When I called, I was told that they are no longer carrying it (they sent an email but it never hit my mail server). Well, great, because that item is literally the fabric required to start anything at all. And this quilt has a deadline in basically one short month (literally – hello February!) – I wanted to handquilt it but I seriously doubt that will come to fruition now. And with the state of things lately, I haven’t had a chance to go find a decent quilt store. Oi vey! I did what I could, though, which is to arrange the charm squares how I will want them. Not a small task when mixing different designs. I’ll detail more later when I start sewing it just in case I need to change my mind on the whole thing! 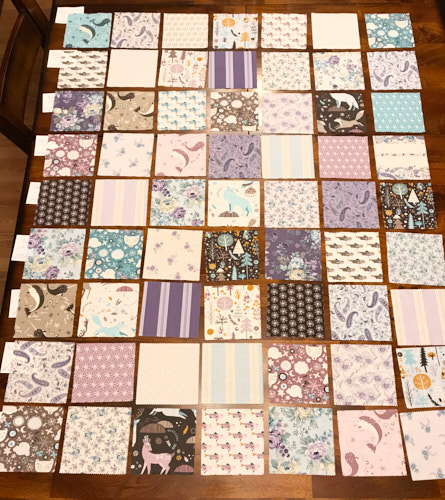 I usually try not to have too many projects going at once (for fear I will put one aside to never see light of day again) but alas, I began my first ever dive into the realm of ribbon embroidery anyway. You saw it once already in my 100 Day Project. I will post more details once it is complete but what I’ve learned so far is that it is not for the faint of heart! Silk ribbon is delicate so this is a slow and methodological process. I do enjoy it, but it is quite different than normal surface embroidery, I must say. For those of you who might have fallen in love at first sight like I did and can’t wait til I post more about it, this is a kit from Tatiana Popova at Owl Crafts. 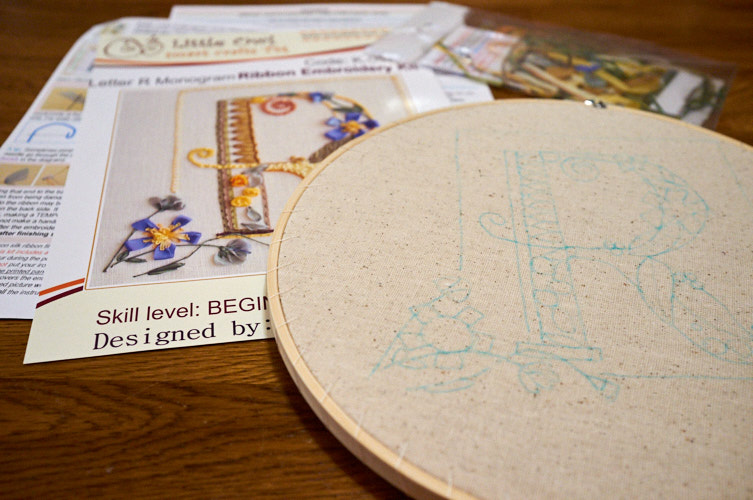 I also want to show you that I am attempting a “drum” solution to keep the fabric from slipping in my cheap bamboo hoops. I just used some quilting thread and whipped around the hoop, right next to the wood. Then I went back and shoved the excess fabric out of the sewing area and tacked it periodically. So far, so good! 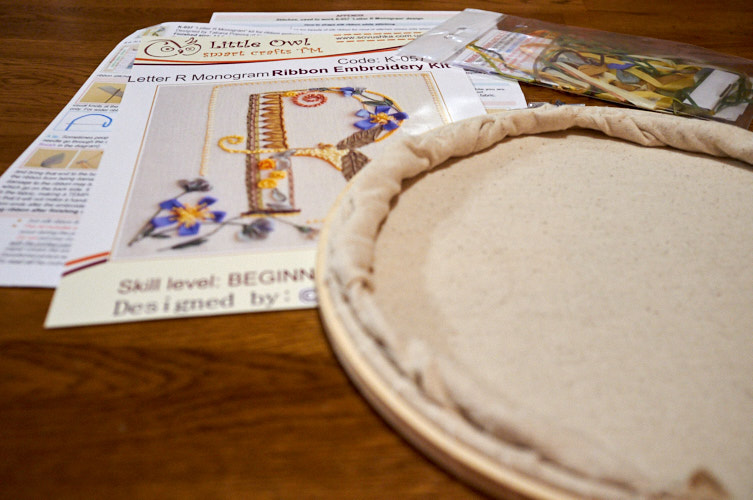 With it being a slow process, I haven’t progressed very far just yet because I needed to swap over to TAST to stay caught up there. 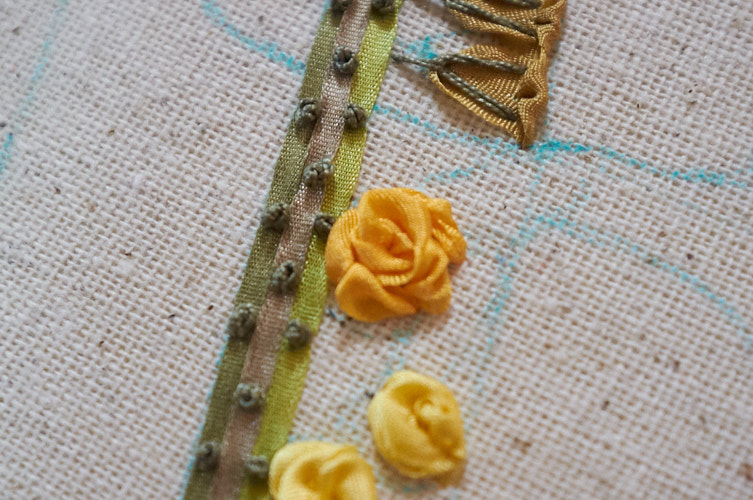 This week’s TAST is the Herringbone Stitch. I’ve only the motif left. Nothing particularly amazing is striking me, sad to say. I did see an amazing pair of fishnet stockings by Luiz Vaz, though! 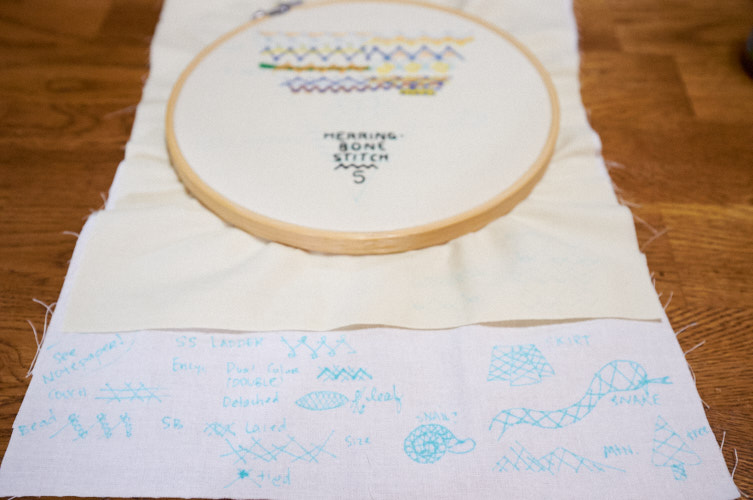