What is old is new again! This is a candlewick embroidery project (yet another aspect of sewing I had never heard of – though it kind of makes sense considering I was all of 4 years old at the time this hit the shops, as marked by the printed date on the bottom of the fabric!). 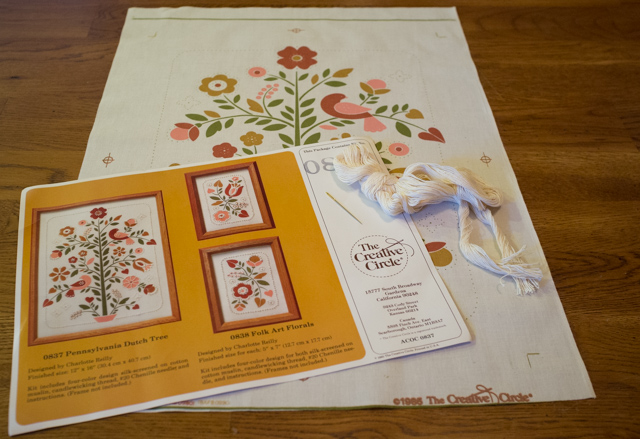 In the April embroidery guild meeting, we each got to rummage through items from one of the former members who had passed away recently. Since I am new to the guild, I did not know this person and it did feel a bit awkward sorting through her items but we were assured we could take as much as we wanted. There was so much stuff, it was pretty neat to go through. Unfortunately for me, it was entirely cross-stitch with patterns that clearly were from the 80s – just not my style. Or, so I thought! Mixed in with these items was this adorable panel that clearly deserved me to complete it and hang it up in my craft room, wouldn’t you agree? 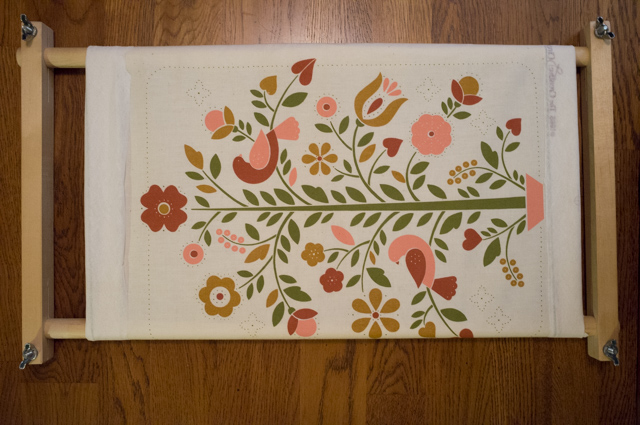 Candlewick embroidery is the art of using knots (originally out of thread for candle wicks, if you can believe it!). This pattern called for colonial knots, which I also had never heard of. A quick google told me that it can be used interchangeably with french knots since they look the same. I struggled with it at first, the same way I struggle with crossing my arms “the other way” (cross your arms with “the other arm” on top; I dare you to try it, ha!). I really had to think with each knot at first, and in fact had to rip out the first flower to begin anew. Somehow I ended up simply making backwardly-wound french knots. While I like french knots, they can frustrate me. Mine tend to stand upright and therefore be spikey rather than flat and rounded. Once I mastered the colonial knot, though, I joined the ranks of those who prefer it. The knot does what I want it to do! Huzzah! 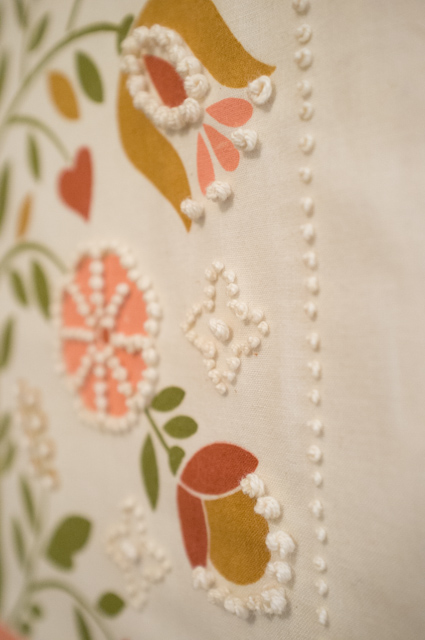 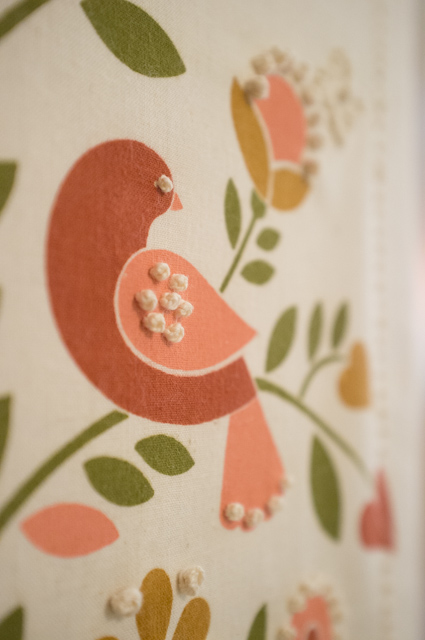 The pattern, called Pennsylvania Dutch Tree, is from the Creative Circle, and designed by Charlotte Reilly. I checked google and you can find it on ebay. I hope to find the other two panels that match and then transform them all not into something to be framed as suggested by the pattern, but a mini-quilt to display on my blank craft wall. Wish me luck! 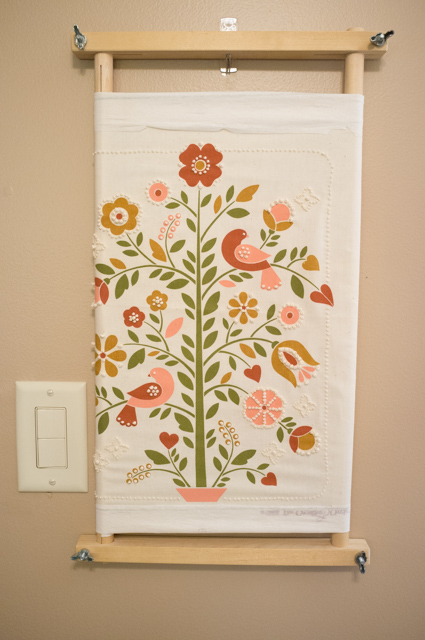