As I mentioned last time, I purchased my first pattern off of etsy from KnottyDickens and printed it directly to the fabric via a short tutorial at NeedlenThread. I never intended to stitch the phrase on it, so before I printed it, I edited the image and made the center blank. My first go was just to be a test; then, if it worked, I was going to find a cool font and use a phrase I liked. I hadn’t spent much time deciding what that would be because I was a little doubtful of the magic I was hoping for. 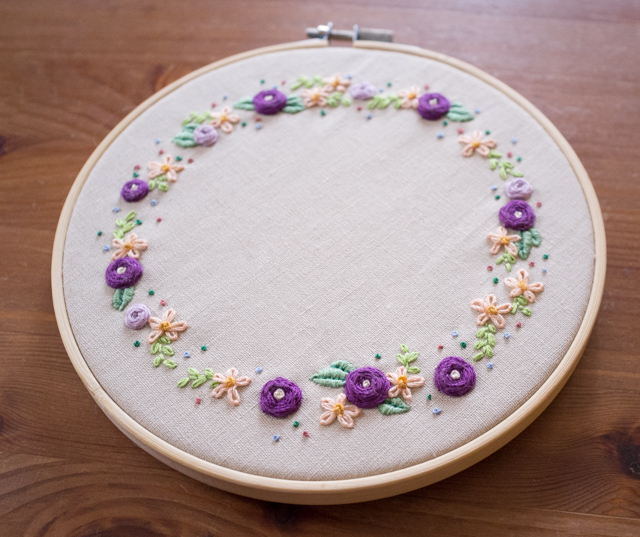 It worked though, and brilliantly, I must say! And so I began stitching immediately. Only about half-way through did I realize, oops, I should have printed this out on a separate piece of fabric with a phrase to follow. Of course, I could always do it the old school way and trace the words onto it, or just simply write them in my own handwriting. But I came to really appreciate the lack of words. And, for reasons untold, an elaborate O just seemed to fit, so I’ve decided to leave it as is. 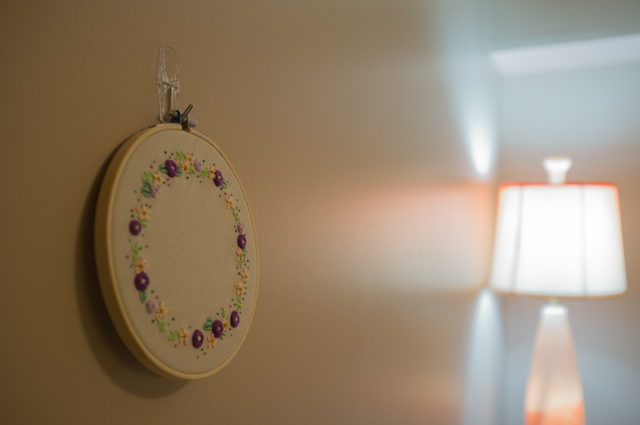 I don’t know where I will hang it, so for now it is on a temporary hook. Thank you, 3M! (Disclaimer: 3M has no idea I exist.)