Holy smokes! Fifty?! Where has the year gone, eh?

I have no TAST photos, but I have the next pennant nearly laid out and ready to stitch. Yes, it will be another collection of stitches rather than fully exploring each type. My progress might be sluggish – still finishing up a project with Daniel Boone National Forest (fingers crossed that is done tomorrow!) and Boy has me working every day but Sunday (short hours, usually, so I can’t complain;)

The only other Work-In-Progress to report is my needlepoint. After several failed attempts to get it stretched back to square, I ironed my needlepoint to some interfacing and bravely cut the shape out I needed to attach it to the wood plaque. Crooked or no, I need to see it through! After my angry frustration bubbled to the surface, Boy stepped in to help and we discovered that the hand-me-down stretcher bars did not make a square themselves and were the cause of making it irreparably worse… Curse you, old things! 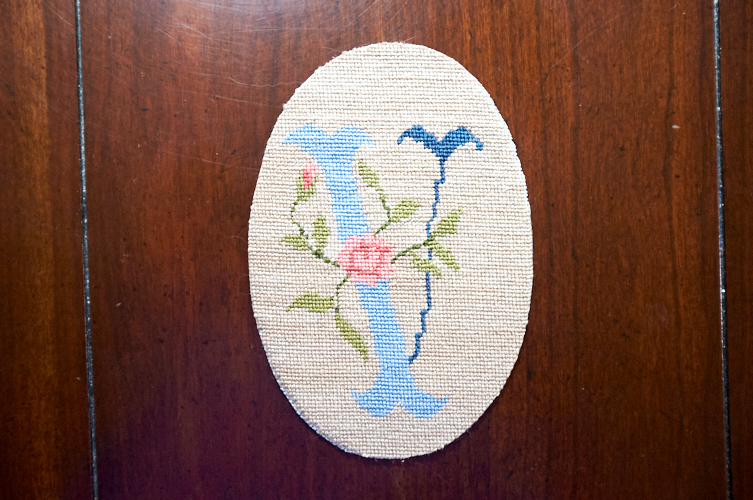 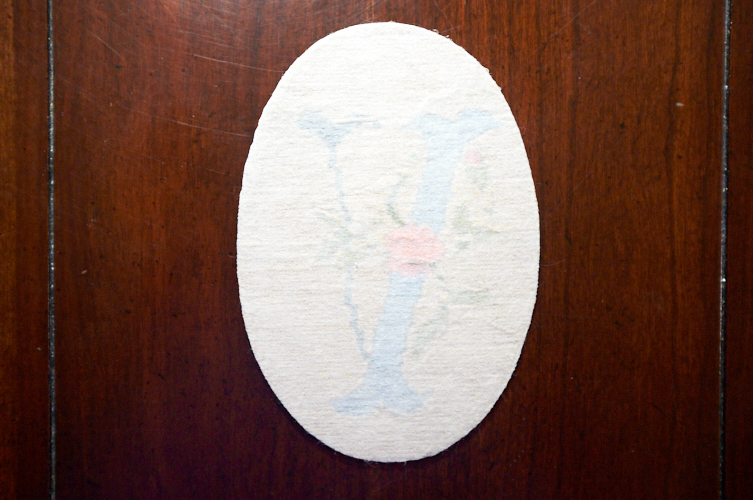 Of course, because it was so crooked by then, it isn’t perfectly vertical, but I think there is enough play room when I bind it (with fabric? with copper? with ??) that it will be lined up straight in the end. I also need to paint the wood still. Alas, I feel this project might sit aside for a while as the binding idea perculates in my subconscious a bit longer. 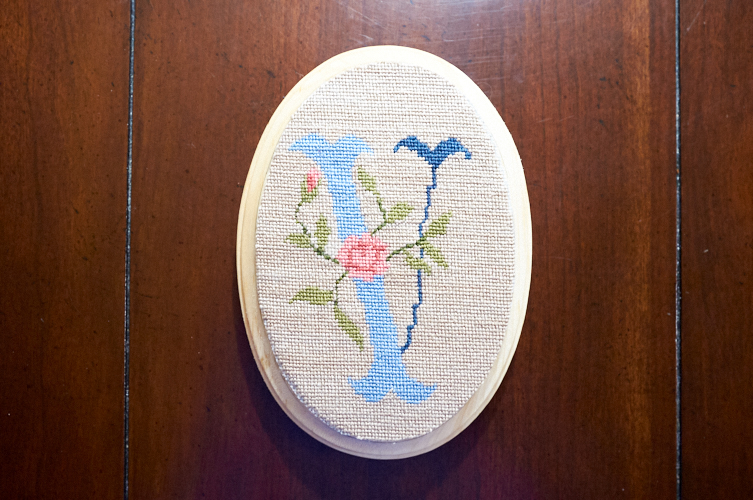 In other news, I sent my world traveling brother on a side mission to collect some sewing items for me. He sometimes ships me a package of things for family members, so this isn’t the first box I’ve gotten, but I wanted to show you these cool things I hope to use in a crazy quilt! The lovely black lace, black and white ribbon, and blue and gold strip came from Uzbekistan, though the blue and gold one was actually crafted in India. The beaded item at the bottom was made in a village in Tajikistan. 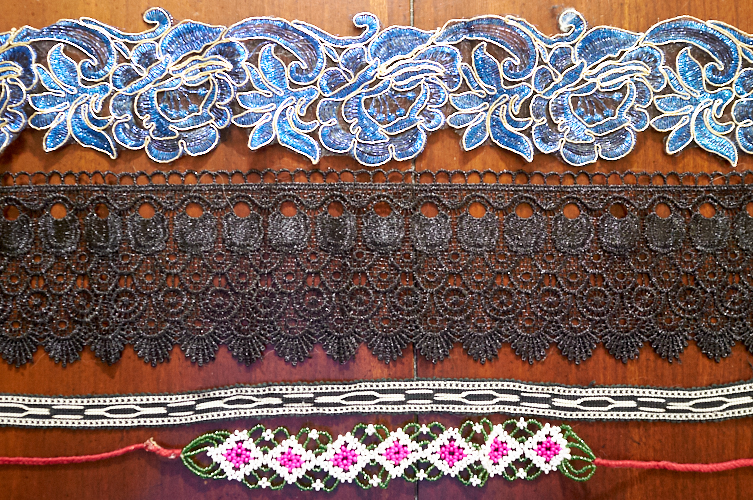 I came up with this idea to make a crazy quilt based on all the places I’ve been (not that I’ve been to the above mentioned countries, but I would still use them for worldly effect;). Each block would represent the country or event or region, made with items picked up whilst there. Kind of like what I do when I scrapbook, but instead with sewing. Of course, it would be an ongoing project without an end date, and I’ll need to think long and hard about how to tie it all together, but I think it would be a fascinating and meaningful art journey. Can’t you imagine it? I did a solo roadtrip I could represent with reds, whites, and blues for America. And then add a block for Peru with browns (for the deserts) and greens (for the jungles) with a river of blue (for the Amazon) and embroidery designs of the Incas. A block of Mexico with their fiesta colors, and patterns of the Aztecs (so sorry I never posted photos from that adventure yet! Oi!). France, with wedding symbols (because we eloped there) and medieval motifs (for the castles). And soon enough, since I haven’t mentioned it here: Africa. I don’t know just yet the specific countries I will be visiting, but you can read more about it as I post on my anthropology blog. This quilt idea really excites me, and I would be curious to see if I can pull it off. But I need to finish my second course with Shawkl still, so let’s not but the cart before the horse…