So as I mentioned, I stuck with basic couching stitches – I did not couch using anything fancier than a straight stitch or two. Front and back: 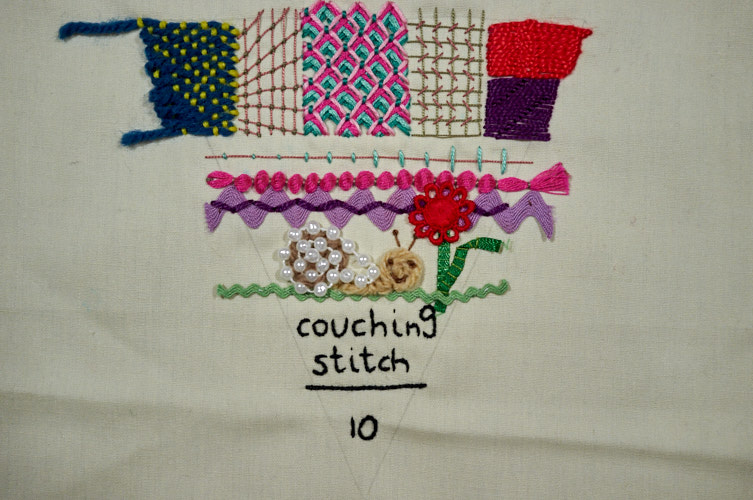 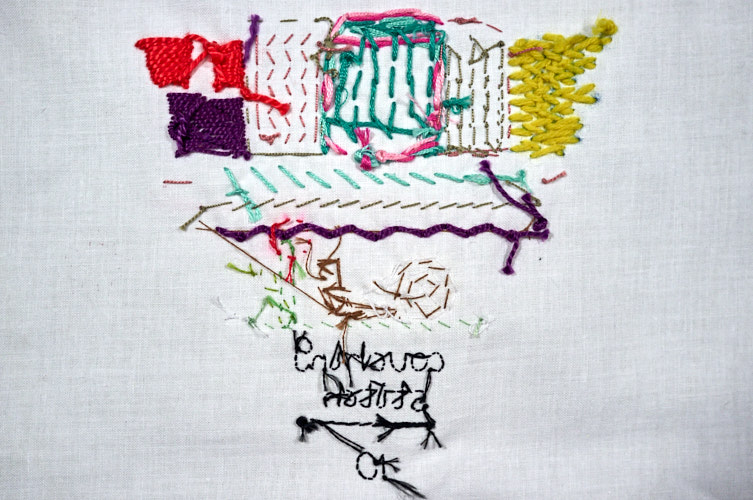 In this top portion, I used couching for different variations of fill stitches. The left (dark teal blue and chartreuse) is called a New England Laid Work according to Tenar. The next block is Jacobian (using tiny cross-stitches) but rather than doing a traditional grid, I was curious what happened if I added perspective. It’s neat! The middle block came from Mary and is called Battlement Couching. I find it to be pretty trippy on the eyes. The next is a grid with single long slashes that I reversed with each row just to see what that affect would be. The wider slash is also something I learned from my Scandinavian Stitch Craft book. The chunk of purple is courtesy of Mary, too, and is called Bokhara stitch. It is hard to see in my poor photographic work, but it has two diagonal lines running up it. Above that, in red, is the Roumanian stitch (also courtesy of Mary!)

This section includes basic lines. The top is really simple, just an experiment with different couching lengths. The next one is Puffy Couching, courtesy of Margie Bauer’s The Embroiderer’s Handbook that I often use for this project. Then, simple tacking down of some chunky ricrac. (The red flower belongs to the motif, described below.)

I am not in love with this motif, but it illustrates the whimsy one can do with a couching stitch alone. I used a string of plastic pearls to make a snail shell, then had to add a coil of yarn to make it more shell-like than a blob of baubles. I couched lighter yarn to make the snail body, then cheated with some straight stitches and colonial knots. The flower is a piece from a fancy trim, tacked down on a stalk made with ribbon. And the grass is some petite ricrac I inherited. 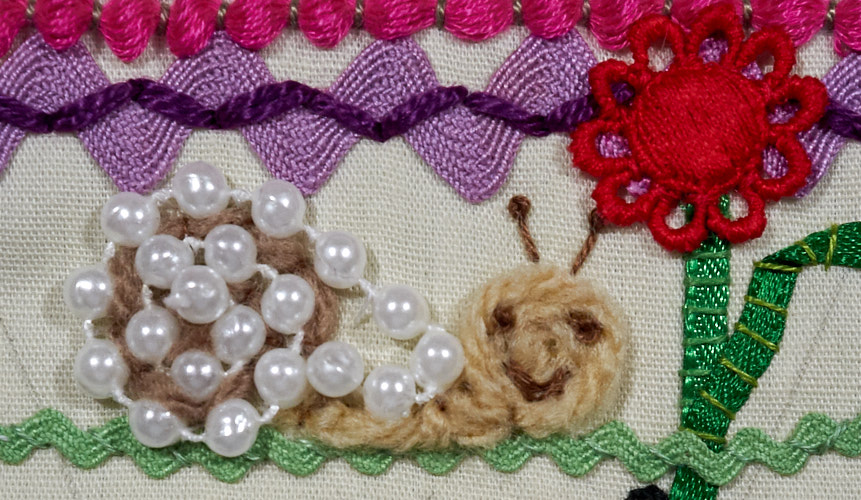 And of course the title. Only after drafting this post did I realize that the little bit of green from the stem needed to be cut off still. How’s that for laziness? Just imagine it – you’ll see these pennants in all their full glory when I stitch them up at the end of the year to make the bunting:) 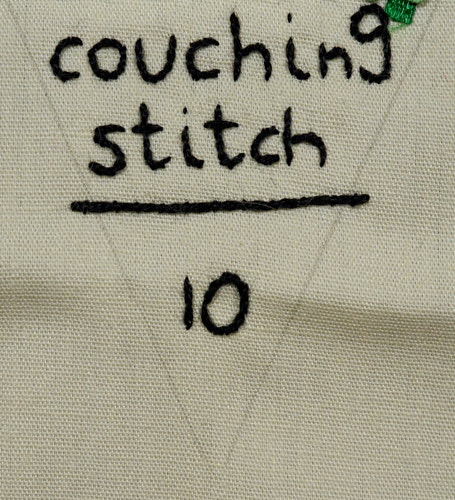 Next week is a break for TAST, but Sharon also mentioned a special project for those of us ready. I haven’t decided what I might do – I’d like to get back to that ribbon embroidery I began, or the super cool foundation piecing project at some point. Or try any of my other ideas roaming around in my head. So many options and too little time!