I hadn’t posted a lot there toward the end of the year, huh? I was in the midst of a tough semester, to sugar coat it. I survived, so there is that! 2017 is going great. I hope that with my new teaching schedule and perspective on life that I’ll post more often because, well, I hope to have more creations! In fact, I’ve been a busy little bee – I even signed up for my first Craftsy classes (January is buy one get one free so I bit the bullet!).

First up, I made Boy a bag for his blood sugar stuff. He doesn’t have any blood sugar problems, but the dude gets a bit crazy about health sometimes and thought it would be worth buying a lot of stuff to test it. And it is fun to check every now and then, the science-y part of me will admit. He chose the fabrics out of my stash. I adore his choice for the inside: it reminds him of his grandma. I think it’s a cute little zippered pouch – it’s got little sloping shoulders (the tabs) which, of course, is an oops, but I think they are fun! I followed the same techniques outlined here. 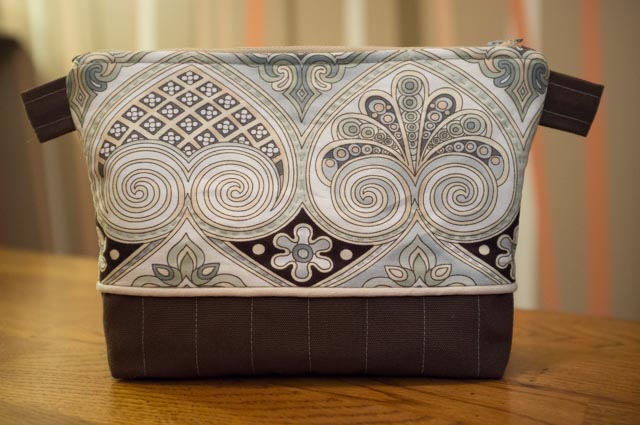 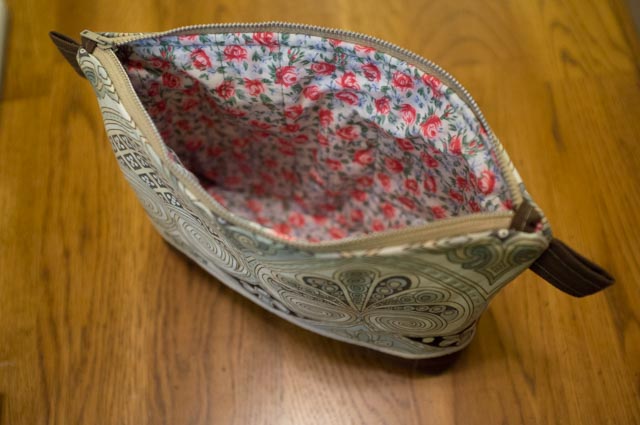 I learned my very first paper-piecing project! I was so excited, since I love English paper piecing, but I was a bit scared with it being on my machine rather than by hand. It was so much more work than I imagined! The two methods are not related at all, in my opinion. I really didn’t care for it, but then the end product was something I was pretty proud of, so heck, maybe I do like it! (My inner crafting self is a bit schizoid I sometimes think.) 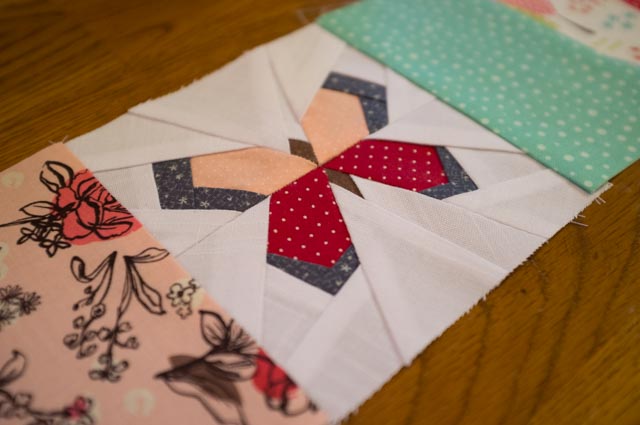 I followed lillyella’s Undercover Maker Mat pattern which was very easy to understand. I made a huge mistake (of course!) but left it. Do you see it? (The main fabric pattern is upside down! Ack!) I added my own little touch of a felt tab to stash a couple of needles and pins (it can be tucked back into the pocket). I also used twill measuring tape to have a ruler handy at any given time! And, with the way I sew (on a coffee table!), I do not have the space for a mat – instead I toss the cover over the edge of my couch. So, on the back, I could add one of my favorite buttons! 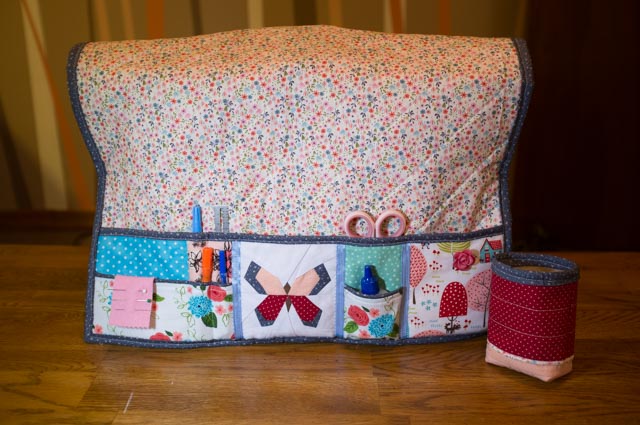 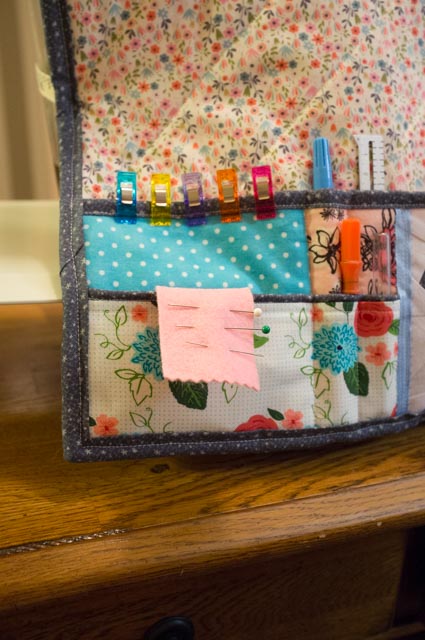 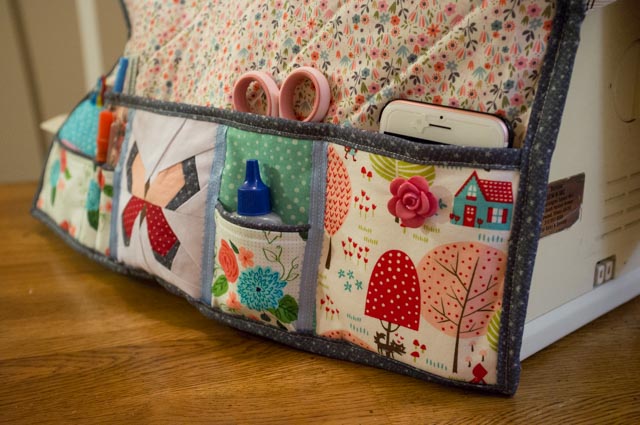 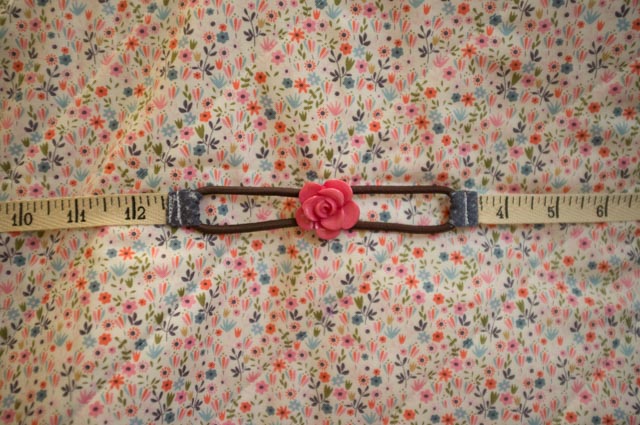 I also learned you can print directly to fabric! With a normal printer! What!! I came across NeedlenThread’s post and just had to try it. Transferring patterns is one of the reasons, I feel, that I do not do a lot of embroidery. But now…. now the world is opened up to me! I tested it out with this Knotty Dicken’s pattern, the first pattern I ever purchased from etsy. I’m moving up! I completed it in 2017, so I’ll include that in a later post. I was scared about making those roses – what kind of complicated stitch must that be?! How time consuming?! But, you know what? That is easier than a stinking back stitch, that is! Holy cow! 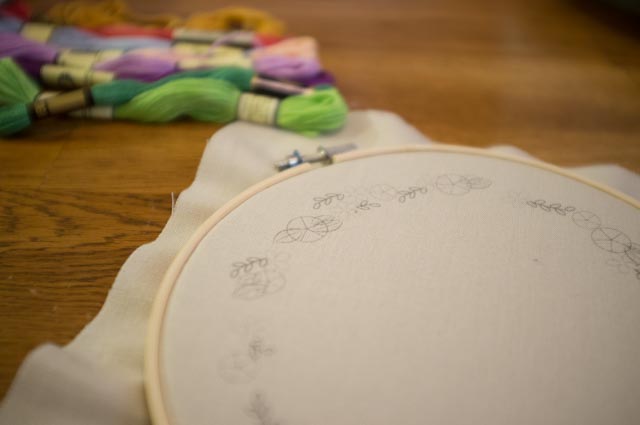 I also attempted to make a compass. I found the image as a random google image search and I tried to chase it back to the original owner, but since I don’t have pinterest, I couldn’t. I am dissatisfied with it as far as my intent (I want to make a set of hoops with a travel theme for my guest bedroom) but I did a great job, considering, so I think I will turn it into something for a travel-y friend of mine. 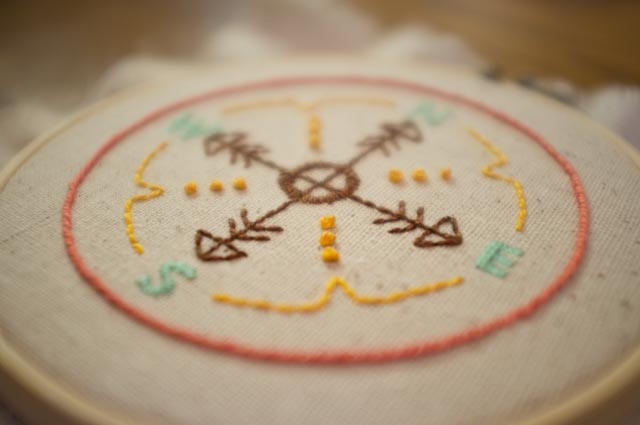 Well, thanks for stopping by my little corner of the internet. May your 2017 be a creative one!