I was fortunate enough to have the day to myself so I set to Kathy’s next task which was to add a basic embroidered outline image. I chose ferns, from an image I found on shutterstock, by Anastasia Lembrik. 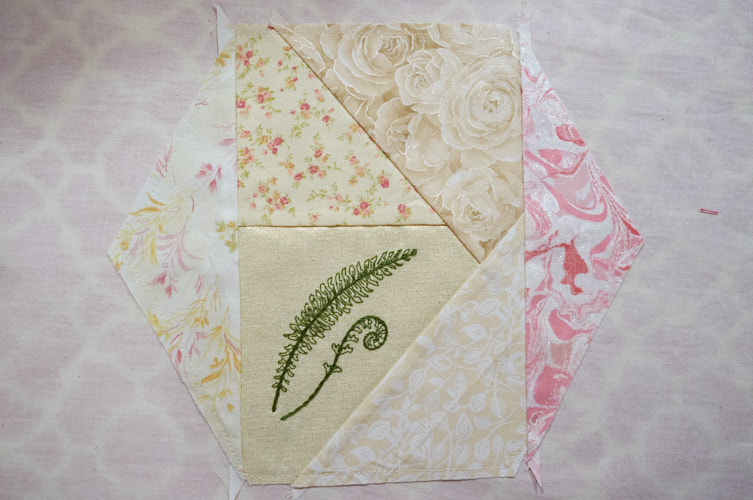 For the stems, the large fern used 4 strands of floss, which I peeled away until I was using only 2 toward the top; the smaller stem began with three and still ended with two. As for the leaves, I used a combination of stitches, but mostly backstitch and fly stitches, with an occasional straight or couched stitch mixed in. 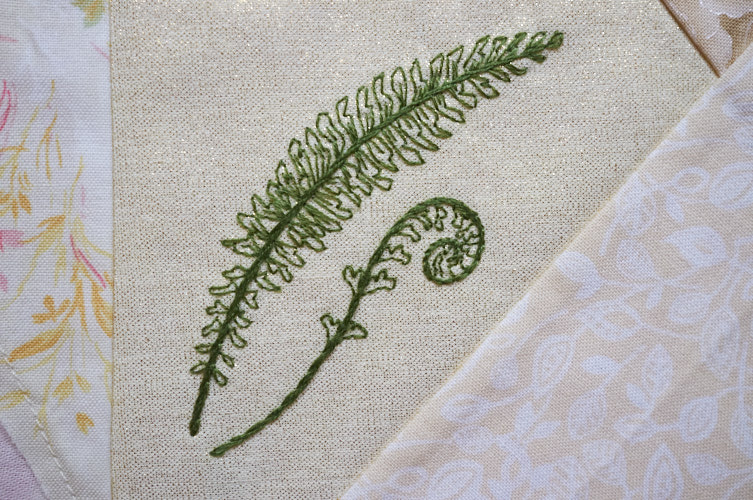 In the winter, I find it more frustrating than normal to get good lighting in my cave house, so I took a photo with a different angle. The green looks really sharp on the metallic sheen of the ground fabric, don’t you think? 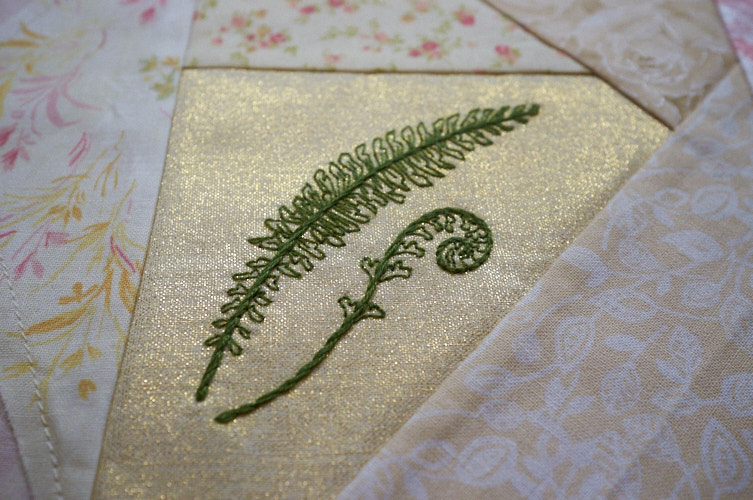 I already have plans for the next task, though I can’t be sure when I will get a nice chunk of time to begin work on it.