Here is the front and back of last week’s TAST challenge: the sheaf stitch. 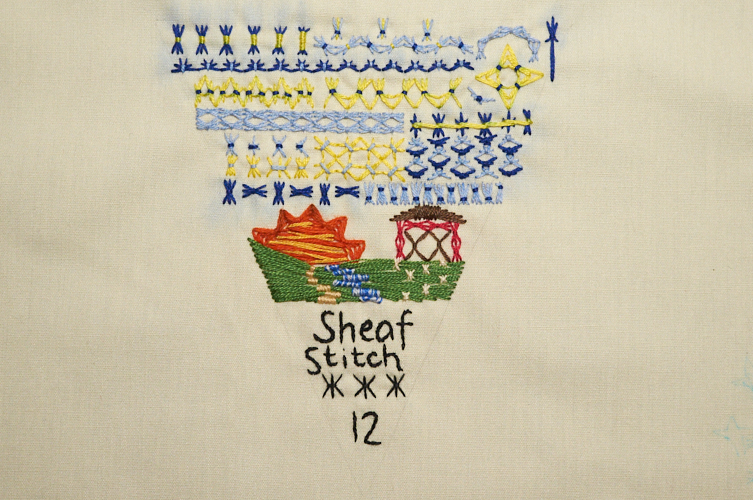 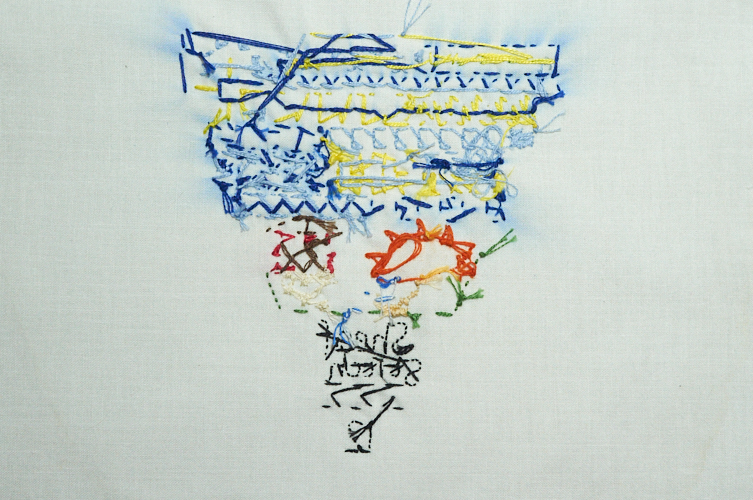 Yes, I am beyond irked to see the dark blue thread bleed. I guess that is what I get when I use cheap threads! It is only my second experience with bleeding threads, and luckily neither has been on any kind of “heirloom” piece, so I got over this pretty quickly. Just another lesson learned and documented to be remembered! (The offending thread has since been disposed of.)

As I mentioned before, I struggled pinning down the motif idea. This farm scene was in my head originally but I feared it wouldn’t work out well. However, the other ideas I had seemed not as exciting so I decided to try this. I used very long sheaf stitches in green to mimic the landscape, and then tied them with varying number of wraps in a brown to suggest a path. I added a similar technique in variegated blue to imagine a bubbling stream. The sunset was a fun exercise in creating a rounded shape (and then weaving threads to fill it in). And the barn saw a sheaf stitch with only two straight stitches (for the doors), or wrapped individually many times (for the roof). And, of course, little sheafs of grain in the field in front of the barn. What do ya’ll think? 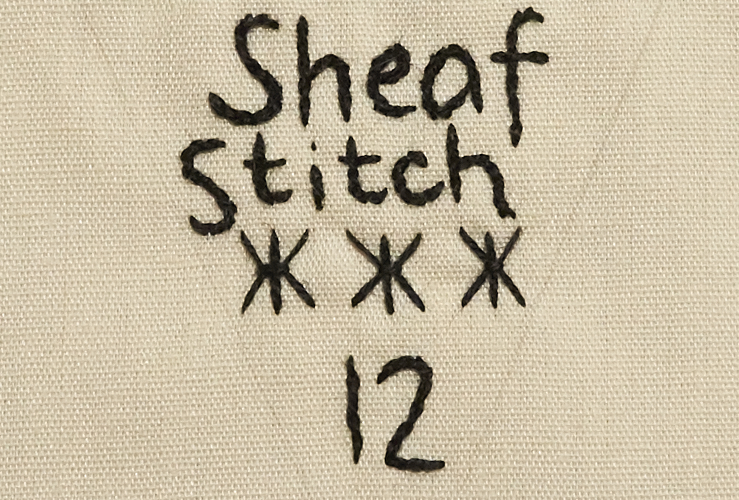 Above, the title section. I bought new black DMC thread but it also appears fuzzy when I stitch. I still can’t tell if I prefer split stitch or stem stitch, apparently, as this has both. Oh well!