Last week’s TAST is the feather stitch. I did not get to it early, so I finished it today. Just in time, too, since Sharon always posts TAST on my Monday since she’s about as far away in the time zone as possible in Australia!

Front and back, per the usual here: 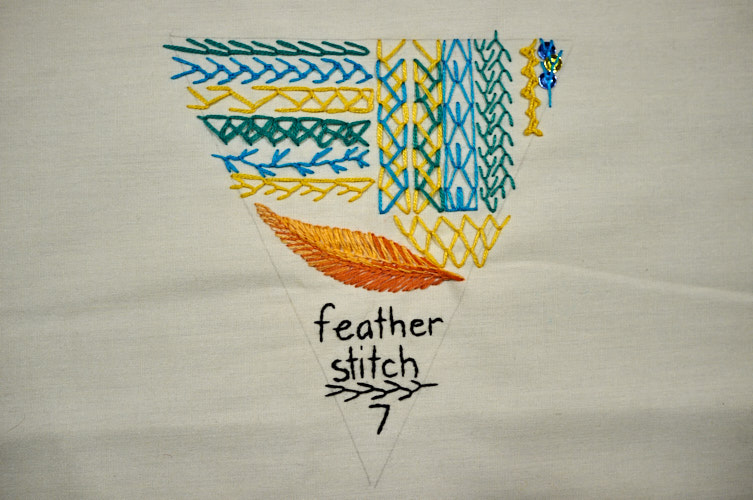 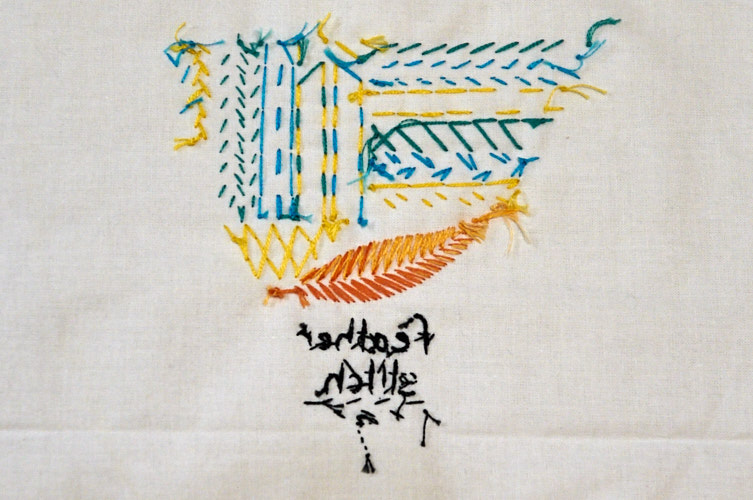 Also as usual, I consulted mostly Sharon’s Pintangle Stitch Dictionary page (and previous participant’s comments) and Mary’s NeedlenThread page. I also use a couple of books and internet searches. What I noticed with the feather stitch, is that it really can look radically different depending on what you do with it. It might be the most versatile one we’ve done yet!

In this section, I did a single-sided (or straight) feather stitch, followed by a knotted one, then a straight-sided in two variations (open and closed), an inverted option, an up-and-down option, and finally a triangle design. 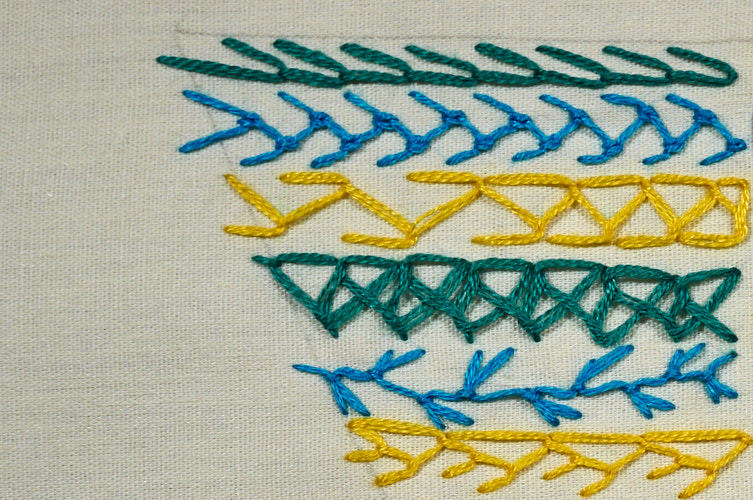 Here, I did a crossed straight-sided pattern in the blue and yellow, and then plaited it oppositely with green and yellow (do you see the difference?). Then I made a band design reminiscent of up-side-down hearts followed by two standard feather stitches inset into each other. I finished this side with a Spanish knotted feather stitch and a line with sequins.  I don’t like the spacing over here, but it is what it is. 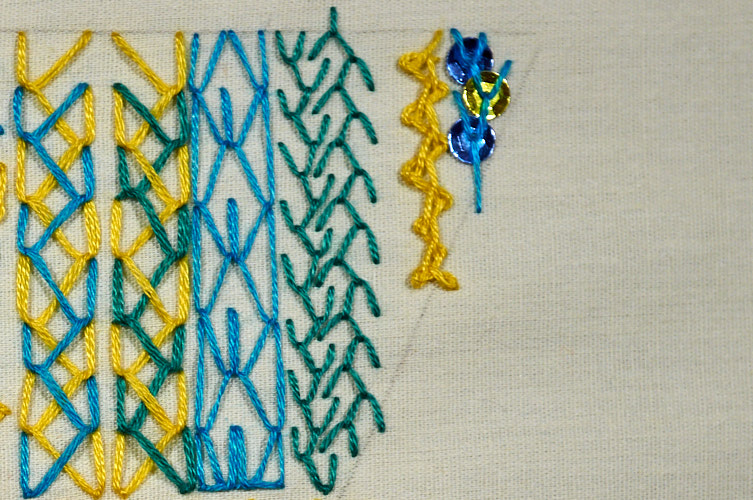 In the yellow, I experimented with the feather stitch as a fill stitch. And for the motif, I made a feather (so meta!). I did it by layering stitches using variegated thread, first three strands of floss followed by two. About midway with this, I realized that a straight-sided feather stitch isn’t all that different from a fly stitch, and that maybe this is a glaring mistake? Maybe it shouldn’t be included on this week’s TAST? Well, anyway, I left it as is because I liked it. But also because I know stitches sometimes go by many names so maybe that can simply explain the confusion. Tomaytoes tomahtoes?

And of course, the title piece. Once again, I had forgotten to include space for the example stitch so it is squeezed in there. Silly me! But my stem stitch is getting better, which is great because this week’s TAST is, dun dun dun, the stem stitch! 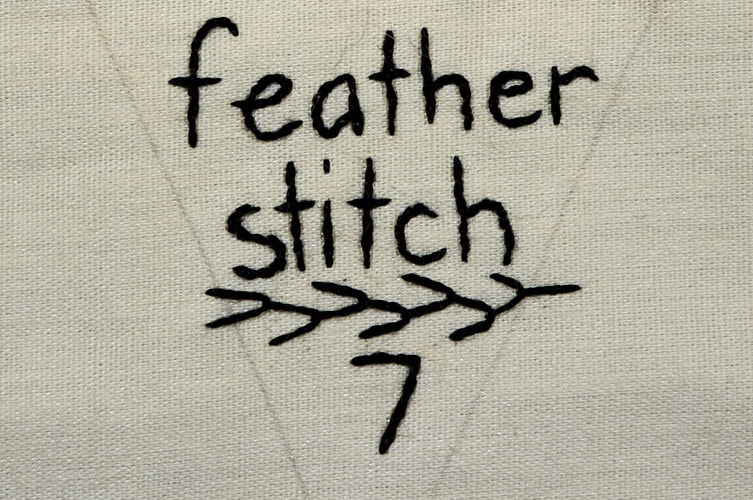