In addition to finalizing everything in the newly organized craft room, I got some headway on a few things. The first bag is complete and the problem I had when I first tried to make it was what I had thought. I learned that when the lining doesnt want to match up with the outter fabric, I need to be more patient and really work at it because it will indeed align itself if I keep playing with it. Having said that, there was a small catch in this one, which made a wrinkle next to the pleat. Its okay though – the more i make, the better Ill be and I know that. 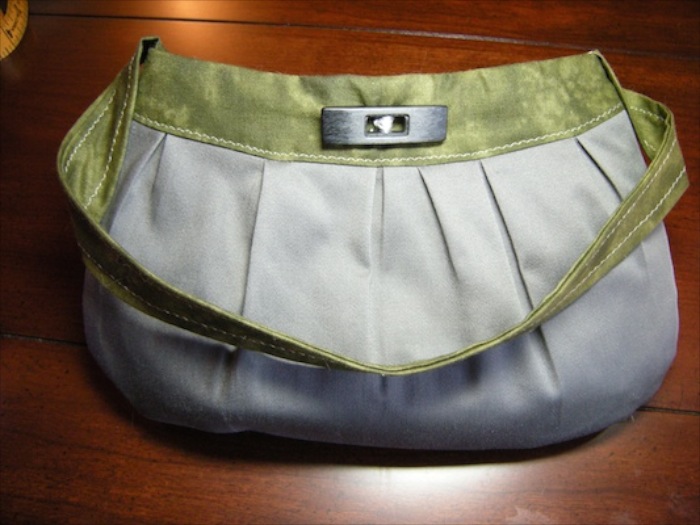 Its another buttercup bag, from Made by Rae. I modified it just slightly, by sewing it together with the handle between the inner and outter fabrics. Silly me though forgot the button detail on the front and tried to do the best I could not being able to get behind the fabric. Its all good though, it is handmade afterall.

I also whipped out the March toy for my neice, “Arch”. Another Super Cute Sea Creature from Futuregirl. I admit I chose the jellyfish this round because I could slack off a bit and pop it out real quick. But I do what i can, you know? I used glittery white felt, but you cant really see that in the photo. 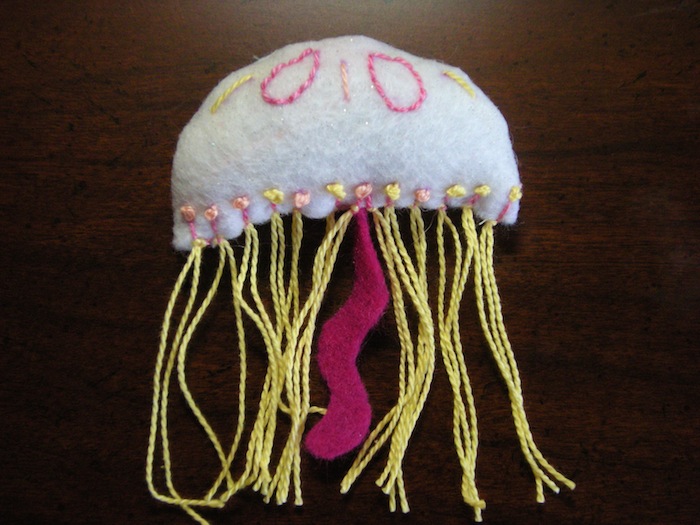 I learned how to tie a Lark’s Head Knot with this pattern too, which I think will come in handy in future crafts.

I have one other bag ready to be sewn together, but I ran out of fabric for the handles, so I will have to wait for that. And then another bag almost ready to finish up. And then yet another bag that is still waiting just to be cut. With all that being said, Im surpised I even got to take my vespa out for a ride!