My friend got married in October and I missed the deadline – even though work began in April! They set up a webpage for the wedding information with the tagline “Meant to Bean” (it makes sense for them) so that was obviously part of my inspiration. My friend also used a custom puzzle to propose, hence the shape. 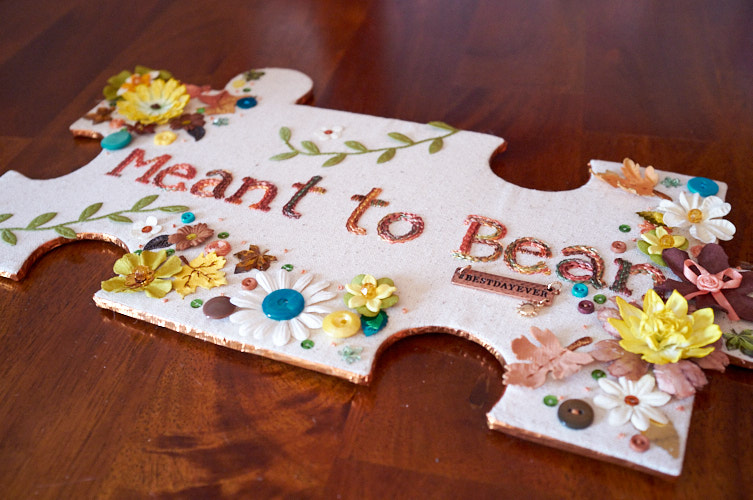 I used a combination of embroidery stitches (namely woven roses and colonial knots, but also some back stitching on the fall leaves and to tack down the vines), buttons, sequins of varying shape, beads (round and leaf-shaped), scrapbooking paper flowers and leaves, and jewelry items (#bestdayever and floral beads). 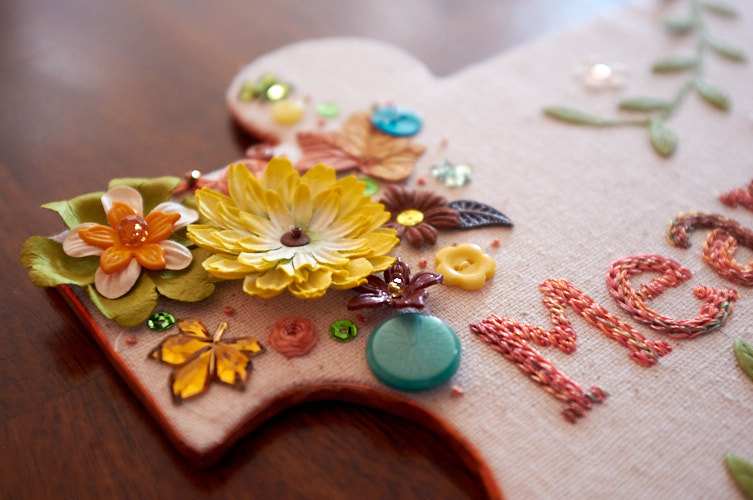 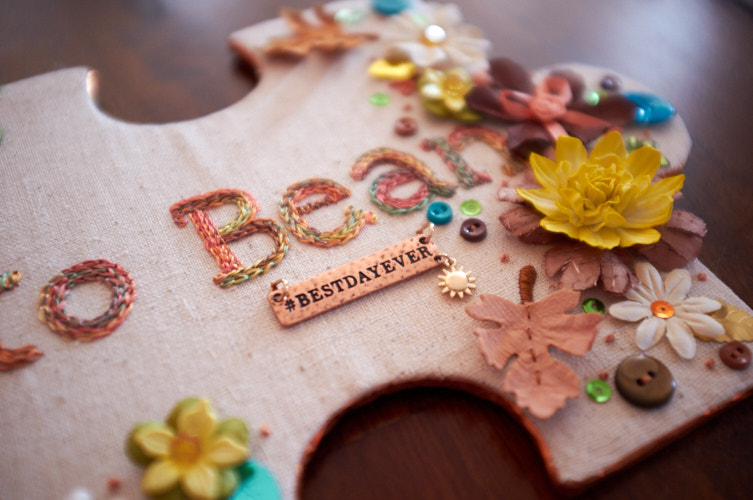 This project was actually restarted multiple times, if I am being honest. Mostly, I think, because of the size. I tried a large round hoop and also stretcher bars, but I wasn’t getting the fabric stretched well. In this final iteration, I basted a stiffer interfacing with a lot of stitching rows because I was super over the distortion problem. Grr! Then, instead of trying to get it all inside a hoop, I only used a hoop for the stitching of “Meant to Bean” (chain stitch with rayon variegated thread) and carefully freehanded the rest. 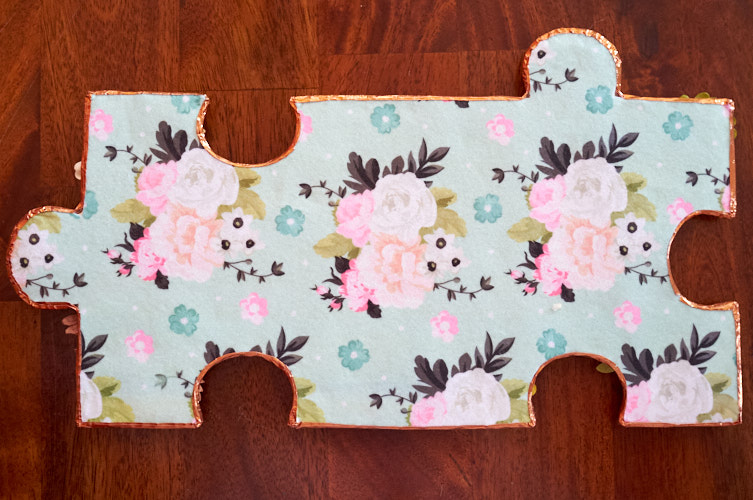 As far as pulling it all together, that is an experiment that I hope holds up to the test of time! I didn’t stop to take photos but I will describe what I did. I found wooden puzzle cutouts and glued them together. I cut the fabric to be a little larger than the puzzle pieces so that I was able to wrap the edge around (clipping along curves as needed) and used thread to snug the fabric tight against the wood by lacing it back and forth. Then I glued a large sheet of felt to cover the backside. 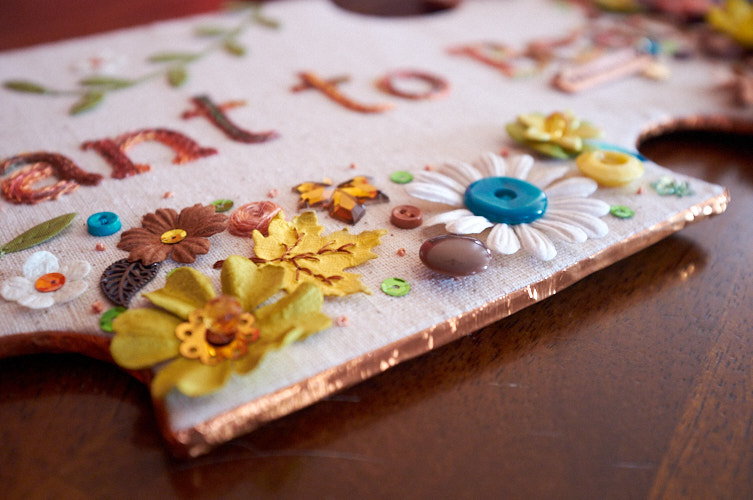 I also wanted to edge the piece somehow, so I once again dug out the copper trim I’ve used in other projects. I tested a short length of it on fabric and it holds remarkably well! So, I went ahead and used it here. I love that it is subtle but wow, the difference before and after is intense! I wish I had taken a photo to share. In fact, the copper was something known from the start, which helped me choose the overall color palette itself. Though, I must also admit the added teal blues were an afterthought but it really pops! 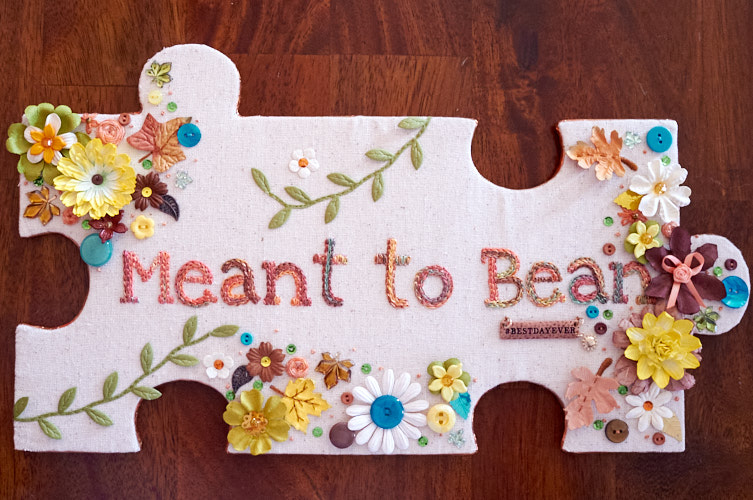 I’ve added a way to hang it on the wall and it is now in possession by the newly weds. Congrats guys! :D