I completed my first non-rag quilt for my nephew’s high school graduation. The kind of quilt where cutting straight and sewing straight matters. I asked Cam to pick four coordinating colors (without knowing why) and he said black, white, dark blue, and bright green. Not my color pallet, but they do look pretty man-ish together – though for a while there I was concerned that I was making a giant modern baby boy blanket with the white in there:/ 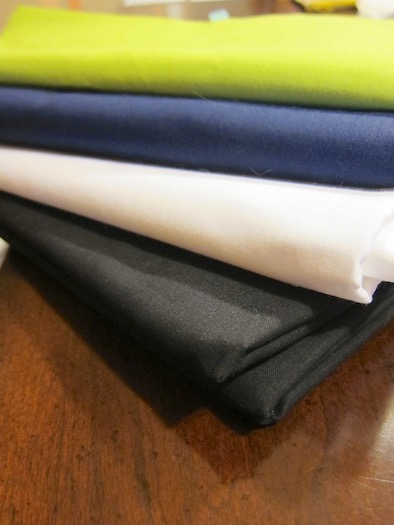 The big chunks were cut to 8×30″, the mediums were 6×20″, and the smallest were 4×10″. I just kind of laid them out until no color touched itself and no seams were connected between rows and sewed them into rows of at least 80″. After I had all the rows sewn together, I trimmed the sides. Using actual math to calculate each row would have been helpful in lining them up and not wasting fabric, but I tend to just jump in with excitement and go with it. In the end, it worked, eh? 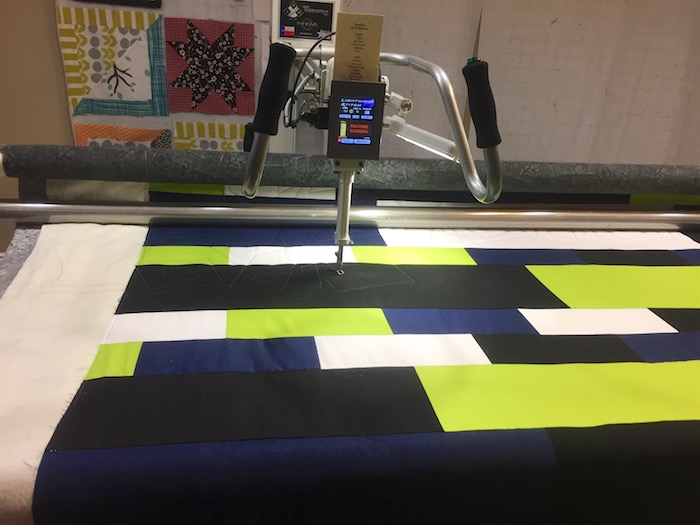 My neighbor/step-mom-in-law Joyce has a quilting machine so she helped me with that part of the process. We picked a geometric design to favor a young man’s preference. She is still kind of new at it, but we got through the kinks well enough for me! 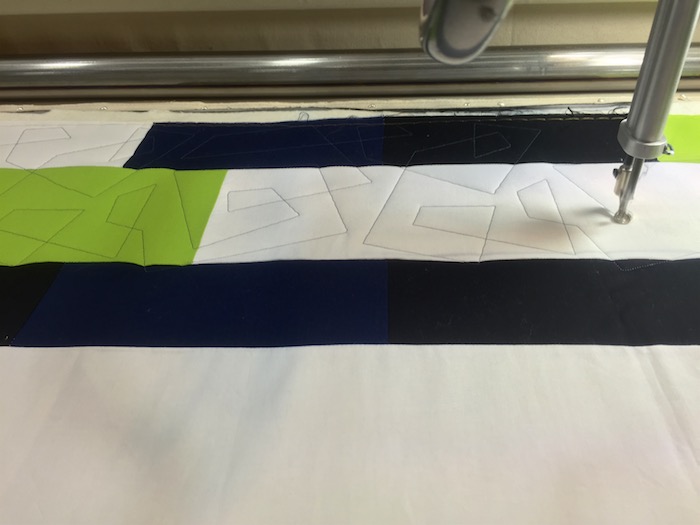 I binded it by hand, and that was by far my favorite part (though black is not easy on the eyes, even at my age!). I really like hand sewing – in fact, had there been time, I would have possibly tried to quilt the whole thing by hand as well! I used this tutorial to figure out what I was doing there. 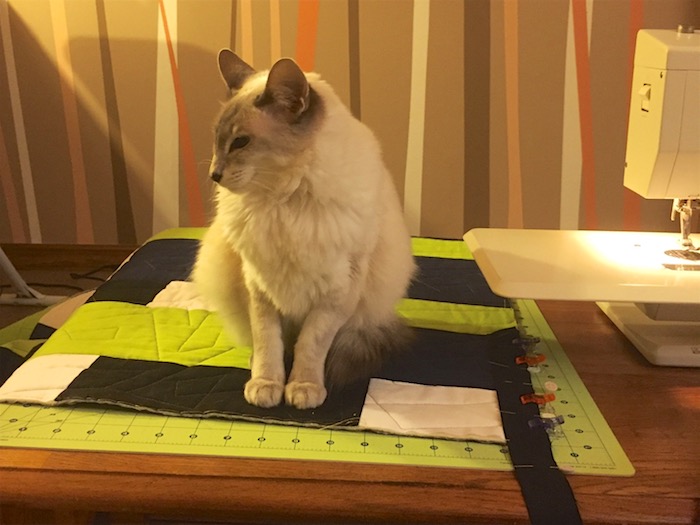 I learned many things. For instance, a walking foot is handy to own and I should probably seek one out (I simply reset the foot and fabric every couple of inches when it was time to sew the binding on – you can’t even tell). Oh, and I’ve joined my quilting aunt in the “fabric snob” club. The black and green fabrics were Kona, but the white and blue were off-brands. There is such a difference in feel, cutting, ironing, stitching, and washing – I washed the whole thing before giving it to him (out of fear that some of my work would unravel immediately) and already the two off-brand fabrics pilled up. Terrible.

I also didn’t take any photos really, so this is all I got. Whoops! Thankfully my sister-in-law sent one of the finished product. 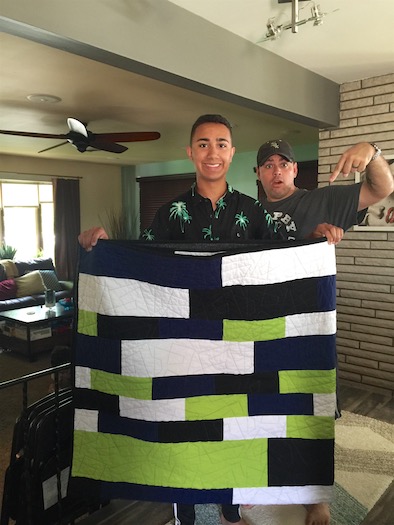