I have been sewing while watching Star Trek: TNG. I swear, that is the best sewing series around! It is amazing that I grew up watching it, yet every now and then, I come across an episode I have zero memory of. Very fun!

Here is a sneak peek of something I am working on for my sister-in-law. I had hoped to get it to her before her anniversary (cause, you know, it is actually her wedding present…), but we all know that won’t happen. This year, at least.

Anyway, the picture doesn’t really describe anything. It is just a cool accident I found on my camera, but it gave me good reason to let ya’ll know I haven’t given up on crafting! 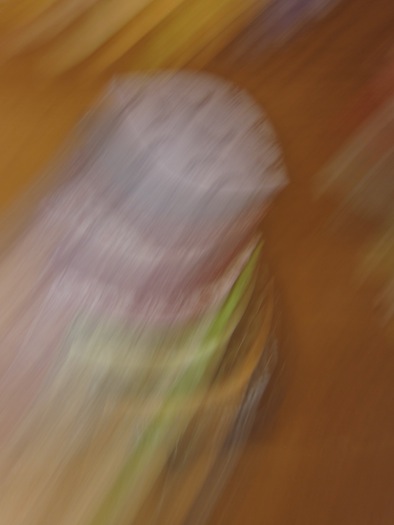