I guess there is nothing like making a project public to get me motivated. I’ve glued all of Felt Keeley, except for six little parts that I set aside for now (my fingers were quite sticky so the little parts would have ended in tragedy, I’m sure).

I cut an extra large piece of fabric for the backing so that however it turned out, I would be able to make a square. And then I realized as I was taking this photo, just how much of a diagonal Keeley sits on it….I worry that I didn’t plan quite well enough and this may cause me some heartache here in the near future. Wish me luck! 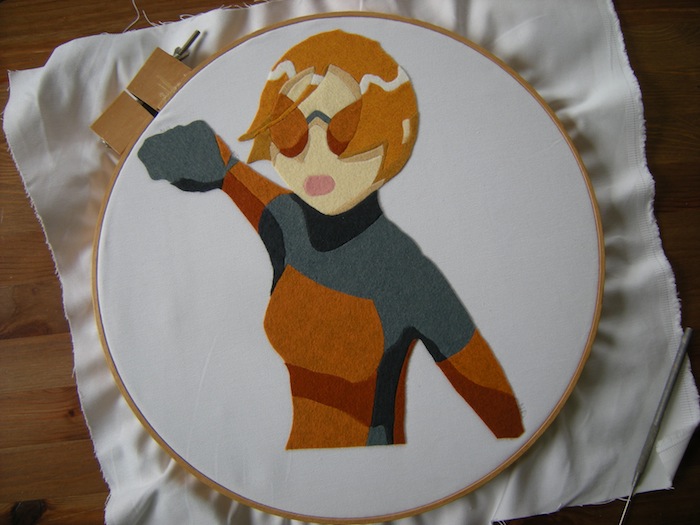 Some of the felt pieces were a little superimposed onto others, so it needed to be smoothed out. I had the perfect tool – I don’t know what it is, what it is for, or where it came from, but it has come in handy from time to time. I think it may be a punch of some sort, but I’ve used it from clay sculpting, to paper piecing, to now felt smoothing. 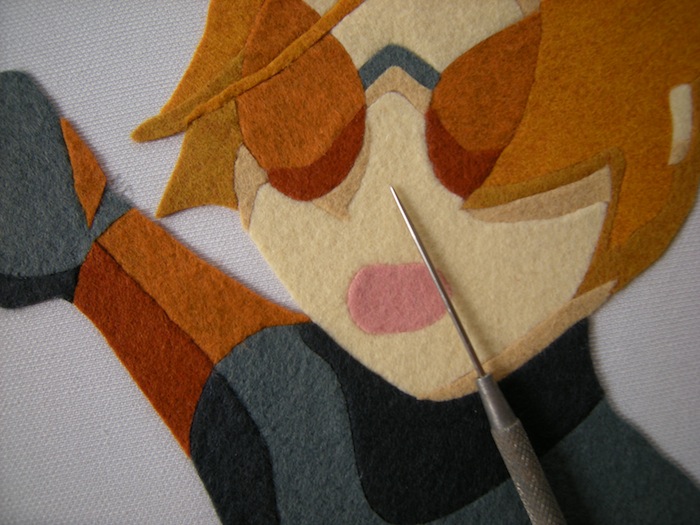 So I will glue those little bits and start “inking” the outlines with chunky black embroidery. I super-duper hope it works out! I think it is like the coolest looking thing ever and I’d hate to see that go sour! 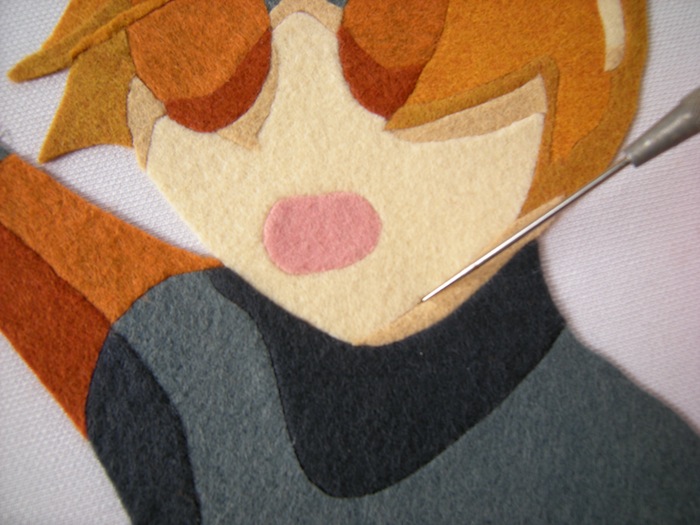 PS Bug defense is generally only for insects. Arachnids still invade our home as it pleases them. I believe this is a nursery web spider. Tofer rescued it for me for study from my super-icky bathroom corner. Maybe my brother is right. Maybe the city life has its perks… 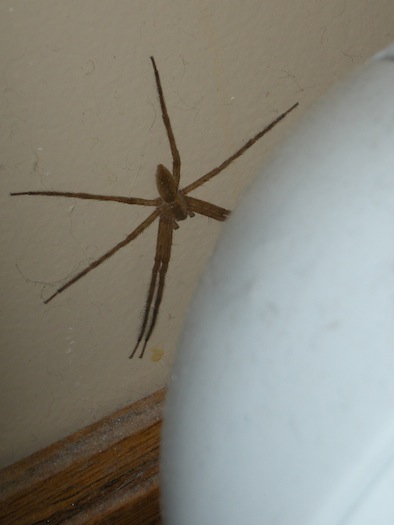