Our precious stray kitty, Midna, went to the vet yesterday. It didn’t sound good. Her belly is bloated and her intestines are ropey. She has broken hair and alopecia over her back end and a few other spots, leading the doctor to believe she has flea dermatitis, but there are no fleas to be found. Her coat is very rough also. And she has poor muscle mass over her hind legs. Otherwise her teeth, ears, eyes, etc are all ok. 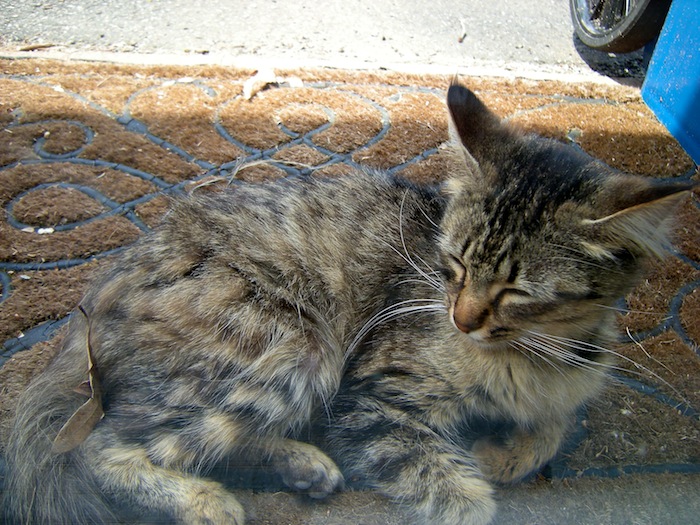 I gave them a stool sample (she choose to poop in random places in the garage) and ordered a slew of tests to make sure she is fit before we give her to someone. The bloodwork was ready before I left and the doctor was very concerned that her white cells were super high. He didn’t have a reason for it, so he suggested testing her for the deadly and contagious FIP (feline infectious peritonitis), considering her low muscle mass and bloated belly. 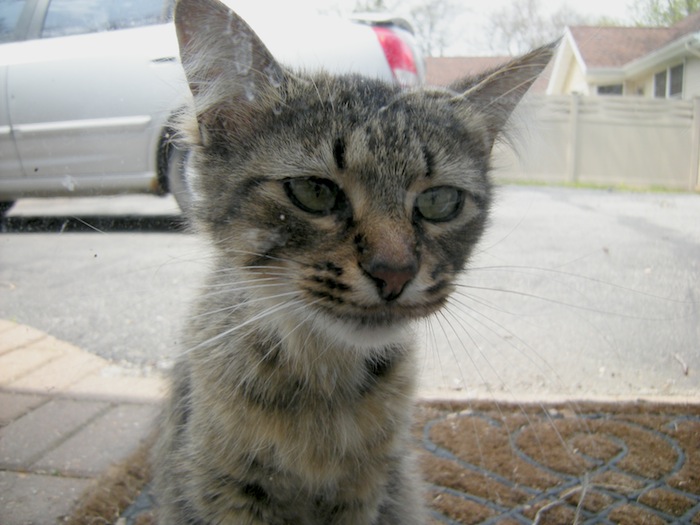 So a few hundred dollars later (which was our intention on vaccines and spay, neither of which she was healthy enough to undergo yet), and worrying that we may have given our kitties some untreatable disease even though we washed our hands and such (which if that turned out to be true, I would destroy Mother Nature), the vet called today to tell me this news:

Midna’s stool showed no signs of worms (but they did suggest I get a general de-wormer just to be sure).

And how thrilled was I when I found poop in her litter box?? Yay Midna!! :D

So currently I am giving her anti-biotics twice a day and will take her back in 10 days to get a new blood test and hopefully her counts are closer to normal. And then hopefully she will be healthy enough also for the vacs and spay because we will be leaving for NYC and I would really like to place her by then. Wish us luck!

And today, I went out to sit with her in this hot hot heat and we found a garter snake! Once she noticed it, it slithered its way into our garage which is not okay with me. I found myself too daunted to capture it so I called Boy who came home from work but by then I had lost track of it. We searched the garage to no avail. But Lady Luck smiled on me once Boy left (she frowned at him I guess) so I was able to pin it down (with a squeal or three) until he turned around and came back. Once he caught it I was able to regain my composure and play with it but something about having to catch it myself freaked me out. In the excitement I forgot to take another picture but this was the before scene when we first found it. Boy carried it to the back woods to live happily ever after.