Another non-crafty post, I know, but when your house is in shambles, its a bit difficult to feel creative.

Remember i said that one idea will open a can of worms? Yeah…

My idea was to remove a wall in the front room, opening up two doorways. The contractor is working with us to save on cost so he told us what we could do ourselves before he came in. That included ripping out the drywall and cutting a hole into the ceiling for him to peek at the attic bracing. Boys dad (who use to live here, remember, and built half the house himself) suggested that we look under the wall that will be staying and see if we can brace it with concrete. That included cutting a hole in the floor.

*Open can of worms*

In doing so, we learned the original subfloor was dry rotted. Ok, so we will lay a new one. Fine. 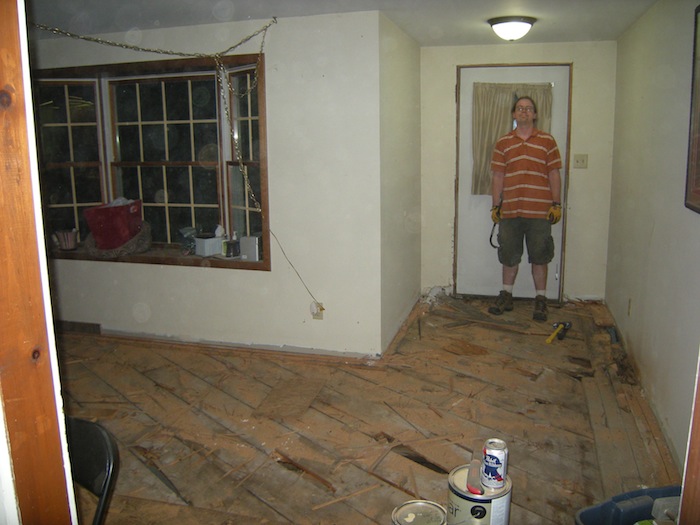 Apparently, about half the joists were cracked, some in half, and the others just werent up to snuff any longer. Ok, whatever. We will replace those too.

The center beam was dry rotted, and the jack that was used to level the house had sunk into the beam by quite a bit. Ok, gawd, so we will get some cement and replace the beam, and level everything back. Who needs money anyway? 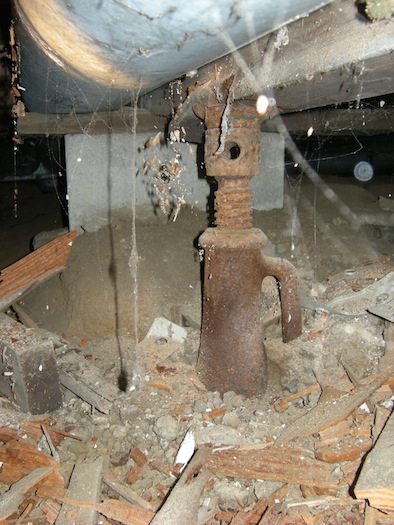 The wood under the outside walls was also crumbling. Does it ever quit?

Actually, yes, it finally did. (I think and hope). Ever so thankful, boys dad knows a thing or two about construction and following code and all that jazz. With boy and I still in our youths, we were able to work under his supervision (not that he still didnt out-do me of course, but im a weakling with zero stamina). Boys uncle also came in to help Monday since boy had to go back to work (yay for me being on vacation..). We have reinforced walls, a new center beam, and a solid subfloor. Better than “code” cause Boy is an extremist like that. 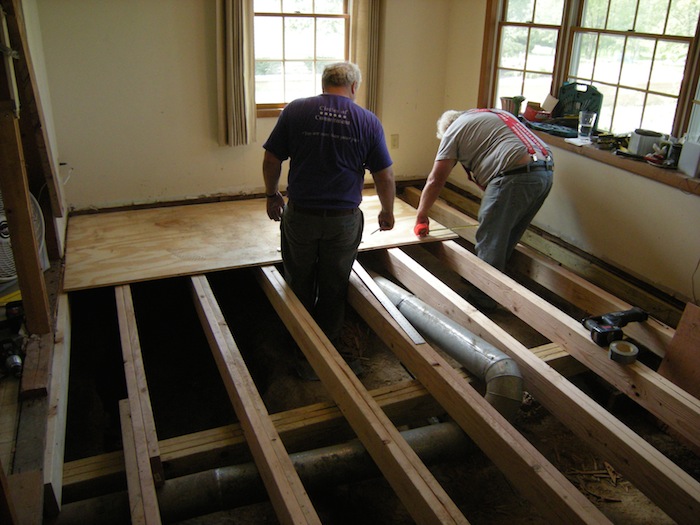 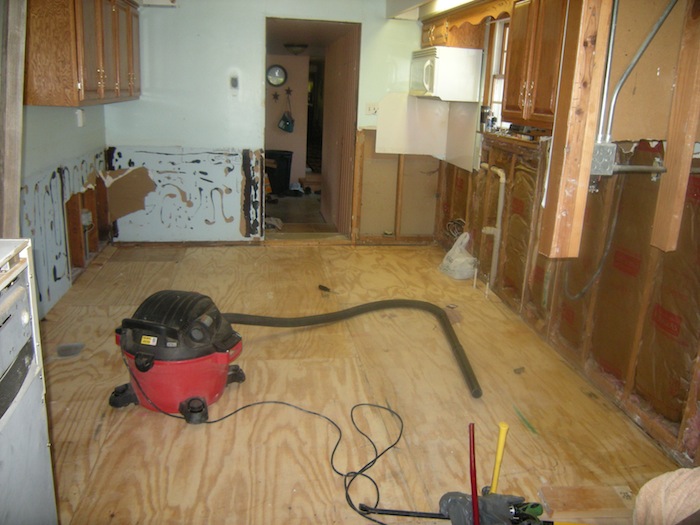 Before we began i was very much on edge. What a project! It was stressful to think we would have to rip out a floor, where we were living mind you, and then rebuild it. And the deeper the problems ran, the more scared i got that we were outside our means of budget and skills. But actually it didnt cost as much as i thought it would (thank gawd this wasnt something we had a contractor work on!!) especially because boys dad had some old lumber laying around (he is a fellow supply packrat). And everything made sense to me – the only skills needed were measuring, levelling, sawing, screwing, and gluing. Psh, if i had muscles I coulda done it! Knowing now i have to do this to the bedroom doesnt even ruffle a feather. My poor cooped up kitties might disagree though…kitty paws made appearances often while we worked: 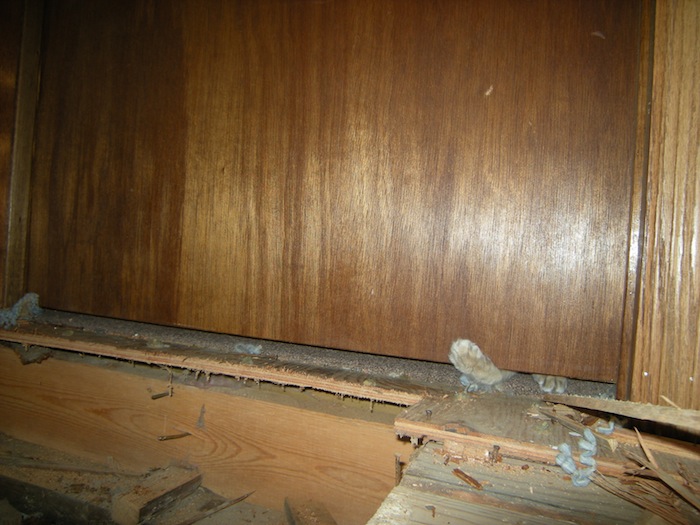 We still have a bit to go, and this is just the first layer of subfloor – we have to add another to level it with the rest of the house. But the contractor can come in now and gimme a new front door (which incidentally has about a half foot gap underneath due to rotted wood, and is currently stuffed with wood chunks and cloth) and do his thing with the wall and electricity. Then we will evaluate the kitchen floor which hopefully does not need replaced (boys dad did a lot of updating when he lived here so except for the bedroom and maybe kitchen, all other flooring should be set, phew!).

But i am on vacation this week, with nothing to do for the floor thing until after the contractor comes, so i hope to have the crafty flu get me again. And my 100th post is coming up and id love to do something special for that, so wait and see:)