Although I was officially said and done with my undergraduate education in december (diplomas and all), the actual ceremony was this last Thursday.

Due to that, I have been getting presents and its been awesome to say the least (including Joann gift cards!). But this blog is about one special item that is appropriate for a crafters blog.

Its actually kind of funny. I had to call in late to work for a showing of the condo, and my boss was oddly weird about it. Usually she understands life happens and simply says ok. This time, she wanted to know how late i would be, and told me that i could be late, but i had to come in early. Im thinking “oh no, the whole system is down or half the department called off – what a terrible day it must be to ask me to come in early!” and then she finally explains that they had a surprise party planned for me and they were all waiting to eat. Lol.

So I went early as asked and everyone made a dish of some sort. There was lots to choose from, it was really nice. I got some more goodies and then returned home to finish the preparations of the house.

Later at work, one of my friends showed up with THIS!!! 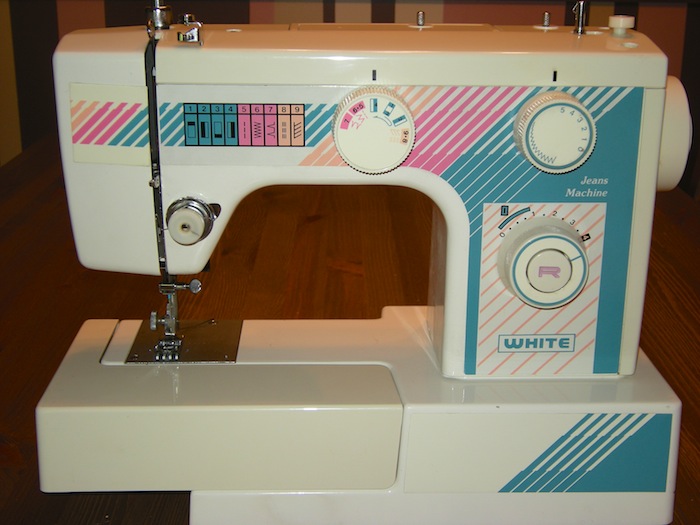 We had been talking about it, because she saw it out somewhere and had asked if she bought it and fixed it up (it wasnt in working order) if I were interested in buying it off her (for the ultra low price of 25$!!!) Totally! She had decided to gift it to me instead (and I made the caveat that she would be getting things made from it;) How exciting is that?! And I love the retro colors!

On another note – many years ago I found these cute Thank You cards at a grocery store and bought them. I was saving them for a special occasion and never had one until now! Im very excited to do the old school thank yous (although i dread the whole post office stamp crap – why is it that there only ever seems to be 2 people staffed when 75 people are waiting in line?!) 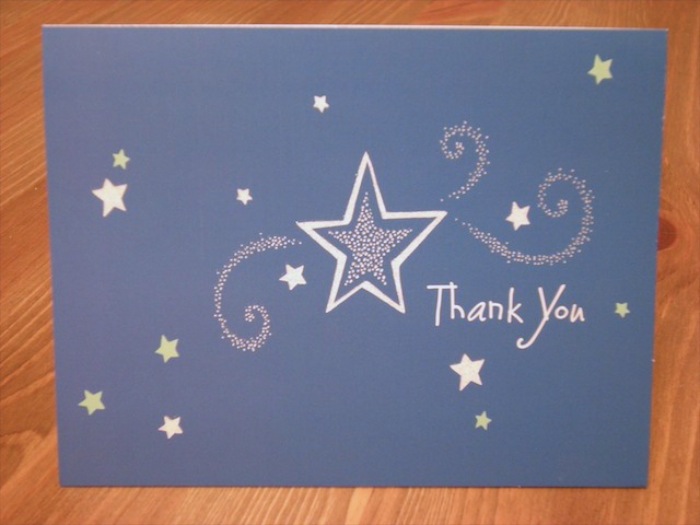