I am not sure where this project came from – either when my MIL gave me her old stuff, or when my paternal gramma downsized, or when my parents moved into an RV, or when my maternal gramma was gifting things she thought I might like. I found it when I recently decided to give my craft room a massive overhaul in organization and purge all sorts of things (more on that later). It is an old latch hook kit from Natura National Yarn Crafts sporting a hummingbird (item #p511 if you are curious).

I was a wee bit frustrated because to me, the darker pink yarn is “rose” colored, while the lighter pink yarn is “bright pink”. I even polled Boy just to be sure before I began. He agreed. So more than half-way through, once I realized I was quickly running out of the darker pink, I had to re-do all the pinks! I did not snap a before photo, but this is how much I had done that I had to fix. Grrr! 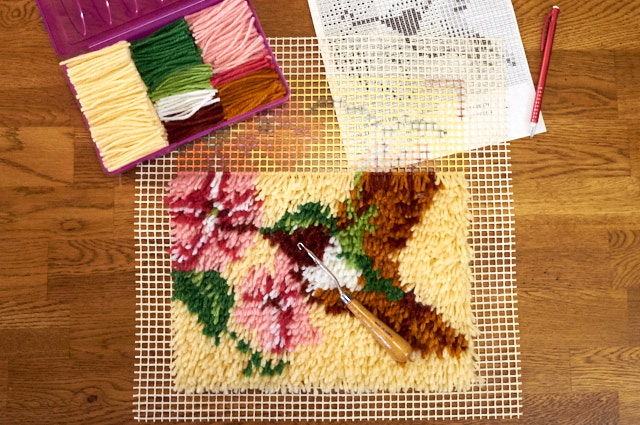 It was slow going at first, but once I got the dexterity right, it whipped up pretty fast! It only took me a few days to complete, and it is a really easy project for travel. 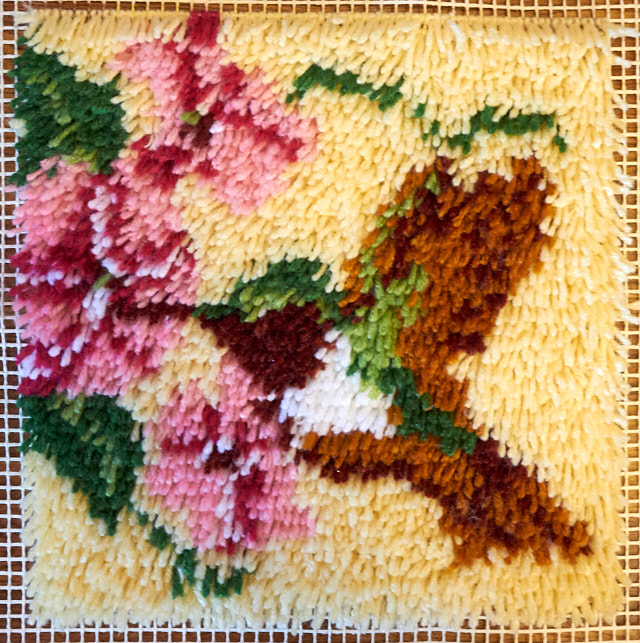 I do prefer the backside, though. It is reminiscent of needle point, and just looks a lot less messy. I know latch hook was super trendy a while back, and maybe it will become so again. But I am curious if I couldn’t take the same pattern and make a tiny cross stitch design. I don’t see why that wouldn’t work! So that might land itself on my 2018 to-do list. 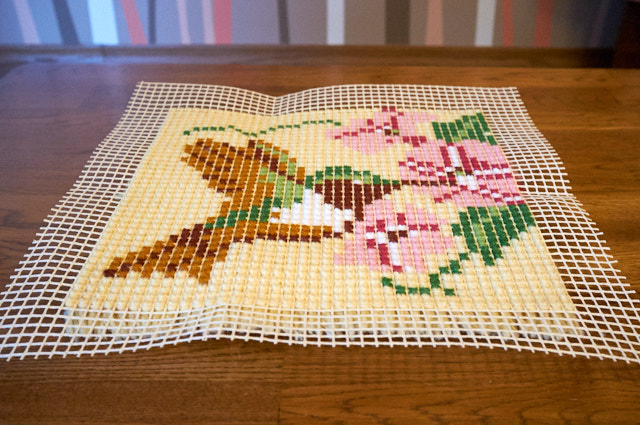 I have no idea what to do with this now. Any ideas?