This project is well passed the date of which it should have been delivered to its owner. It’s so belated, I am embarassed. I think I dreamt up the rough idea back in let’s say 2007. I was intending on making it by a birthday. Then the next birthday. Then Christmas. Then another birthday. Then I realized I may never get it done. Then I felt that the commencing of a certain doctoral degree was as good a reason as any to kick my butt in gear. And again, I missed my mark.

I’ve made strong headway on it though! I am smart enough now to not put a time stamp on it, but it will get done, this I swear!

Artful inspiration by the recipient himself, Keith (he makes comics!), and procedural inspiration from Checkout Girl: 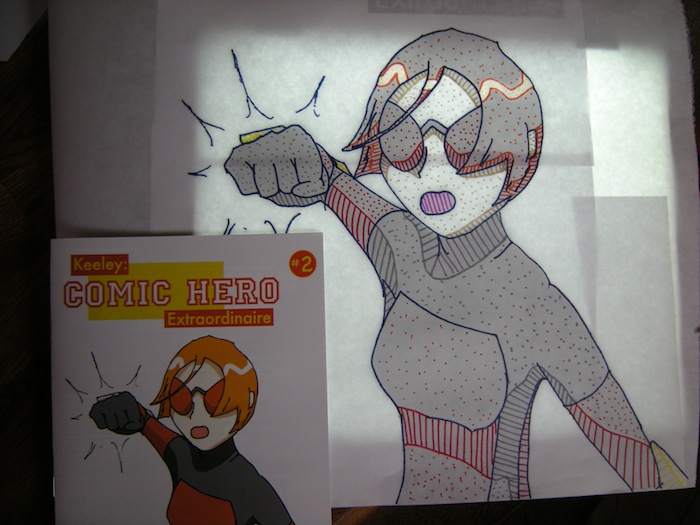 I photocopied the image and blew it up so that the final piece will fit in a sweet black square frame. Using freezer paper (for the first time, and O M G awesome!), I traced and color coded each piece so I would know how to assemble it later. 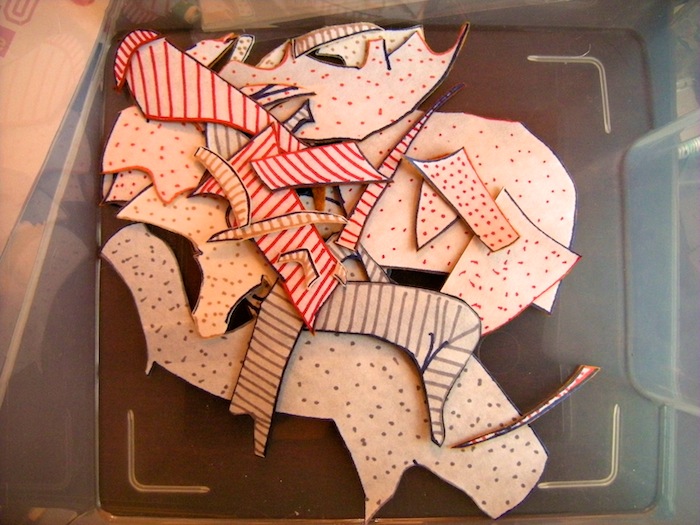 I cut each piece out, then ironed it to my perfectly matched felt I ordered through Wool Felt Central. (Gasp, did I mention I splurged and bought their Dream Bundle? All 98 colors!) 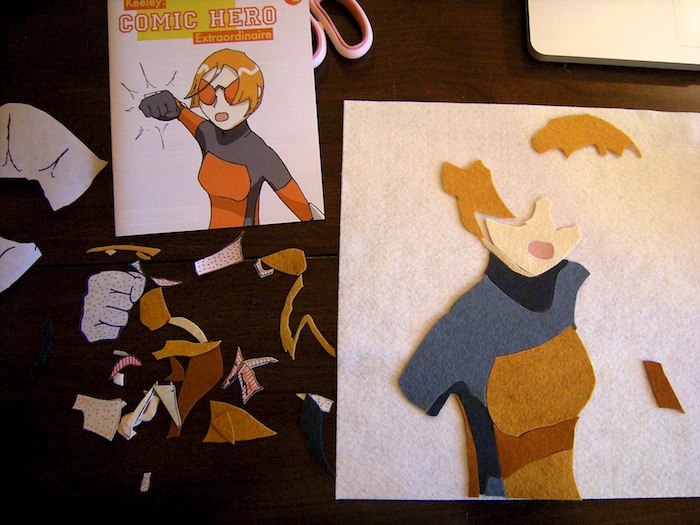 Then I began assembly. The image is in reverse so that I can spray it with glue, which Checkout Girl suggested when I asked how the heck was I suppose to do this right. 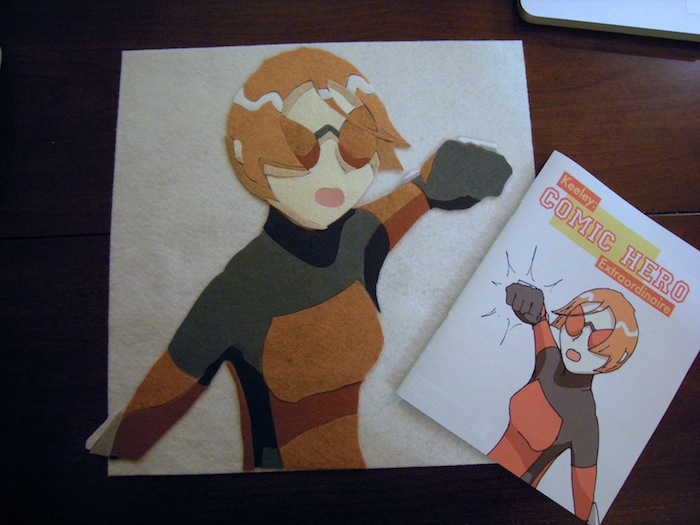 I am flabbergasted at how amazing it is at this point. Next steps – glue and stitch and frame!