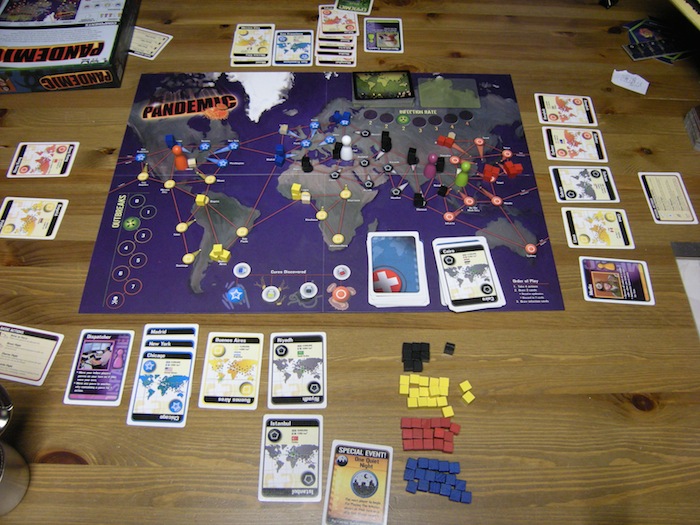 Re-playability: Since the epidemic cards throw out curve-balls, the games stress level changes up each time. I like it.

My personal thoughts: This is a game where all the players are a team and you fight against the boardgame itself. In our experience, the boardgame almost always wins. That makes it fun, because you think to youself – we got this! we got it! we….we lost. The only flaw with this game that Ive seen is that each player gets a random role to play, which gives them certain abilities. Because you must work as a team, some roles dont really get to decide what they are going to do because there is just one option to make the team succeed. Therefore, certain roles can be a bit boring to play, in and of themselves. However, because there is a lot of talking to strategize the game, the players stuck with those roles still can add a lot of value to attaining the goal (just because they dont get to do much with their little wooden piece doesnt mean they are doing nothing).

I would play it again, and it happens to be one of Tofs favorites. Hes even played it by himself to see if he could beat the game. (If you look at the review at BBG.com, youll see that it has been recommended to play 1 player.) 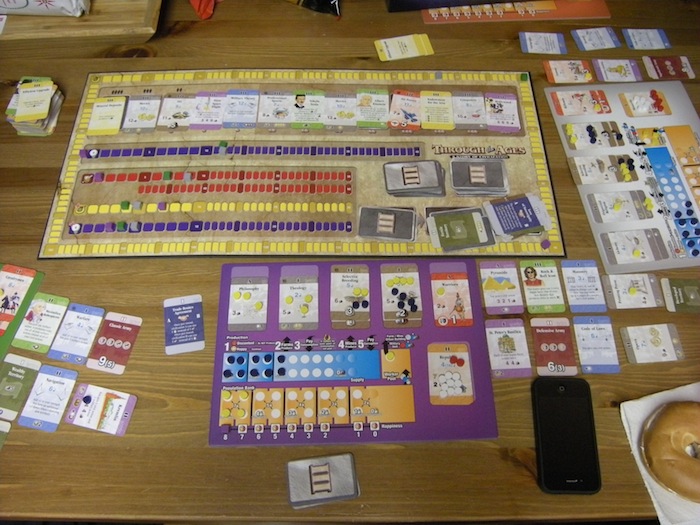 So far, we have only played it twice. Based on that:

Learning curve: Follow the card for turn order and everything makes sense. Youll get it in just a few turns.

Re-playability: The way new cards are selected and moved makes it a gamble for strategy, so each game will be different which is good. Theres also different directions you can focus on – culture, military, philosophy, science, farming, mining, etc.

My personal thoughts: The first time we played it, we did not play with any warfare cards. The second time, we played the whole game. I won the first one hands down with my focus in culture. It was fun, and boy tried to keep up but my strategy was solid. The second time, I stuck to the culture route while he and tofer went with full on battle. I was eons ahead with culture. Until the end, that is. Boy played three war cards in a row against me (that shouldnt even be allowed!). It was stupid on my part to not have any military going, but what was more stupid is that the defense cards do not work in war (which i didnt know until i tried to use them and wasnt allowed to – perhaps my strategy would have been slightly less devoid of military, but those are the risks you take when learning new games). We all agreed that with war (and combining it with Captain ADD and his focus on powergaming) the game dragged on much passed our attention spans,  and was more difficult to stay caught up (you cant focus on any one area but need to focus on everything all at once – if you fall behind anywhere, you will suffer horribly and spend the entire game trying to catch up that one path). This means, in my opinion, that by playing war, you really need to all have the same strategy which lowers the fun factor.

That said, i would play again, but only the peaceful way (which is written into the directions as one version of play available).

Though the Ages: A Story of Civilzation review at BoardGameGeek.com. 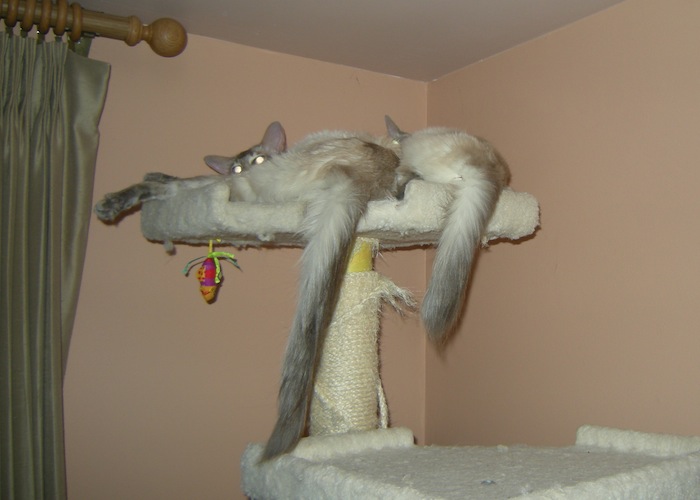