At least in my experience….

1. You will fail to get Before Photos more often than not. 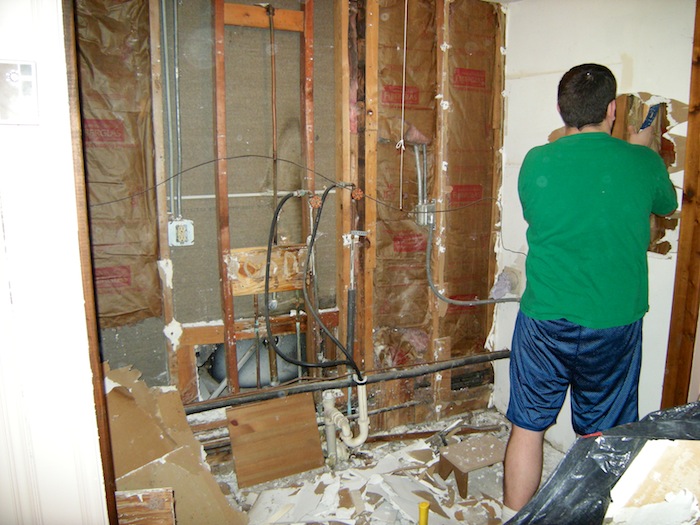 This is the best I had of the dungeon-like laundry closet. Tof already removed the drywall so he could begin updating the copper pipes and make them hidden behind panelling rather than exposed like they were. 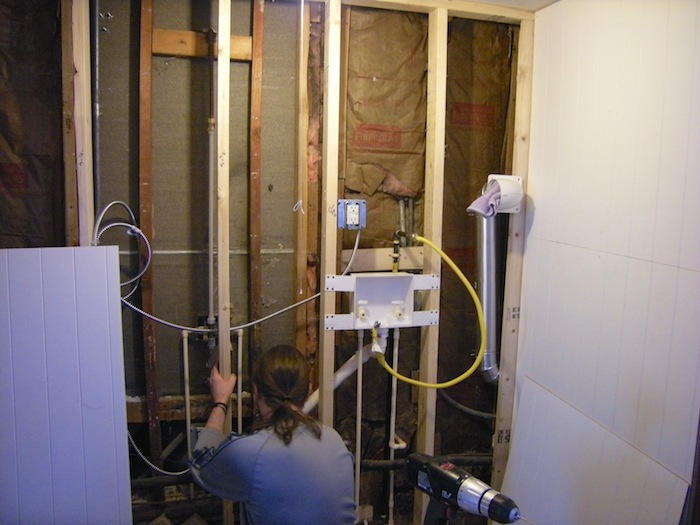 Boy has skills running wires so he did the electrical side of things.

Its just about done and look how awesome it is! 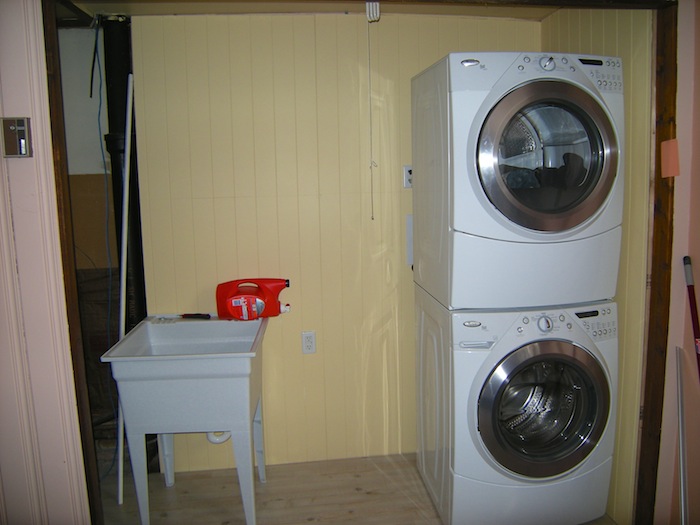 2. A boys room will never be clean enough for internet photos but who needs to pretend? We live here, people.

Except for the lighting, Im pretty sure this room is done. 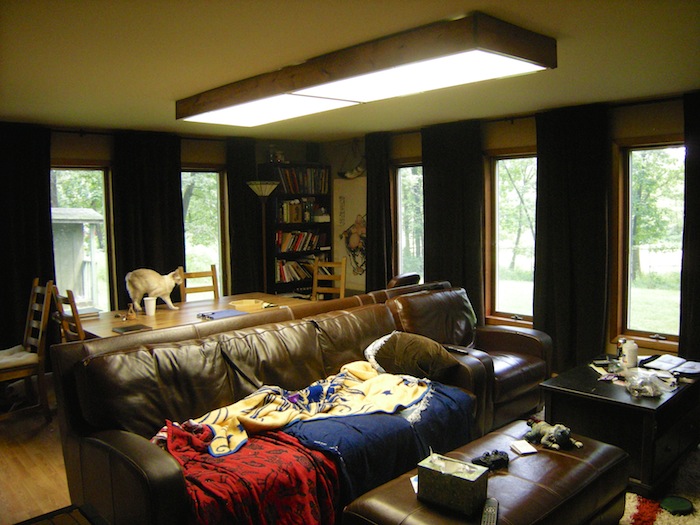 3. A simple idea will open a can of worms. (Worms named New Ideas, Money, Time, Effort, and Stress) 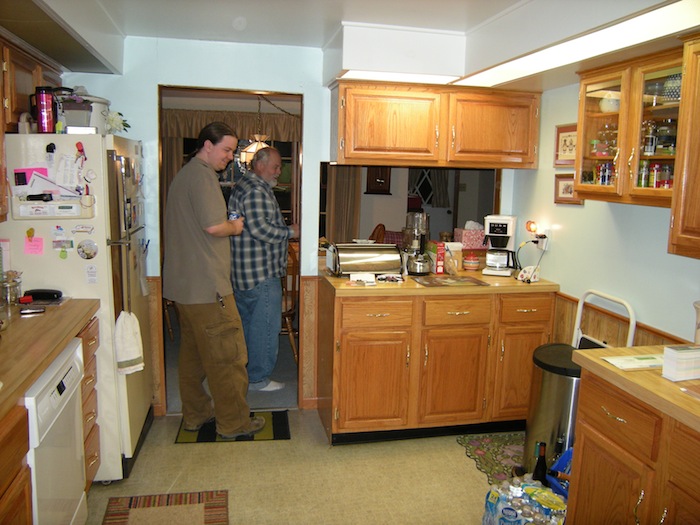 I wanted the wall with the window cut-out removed to open the walkway and have  a nice view of the bay window. That turned into new cabinets. Which turned into moving the stove and refrigerator. And changing the lights. And so on and so forth. None of that has happened yet.

What has happened is that we have been preparing for the wall removal by tearing down the drywall before the contractor comes. 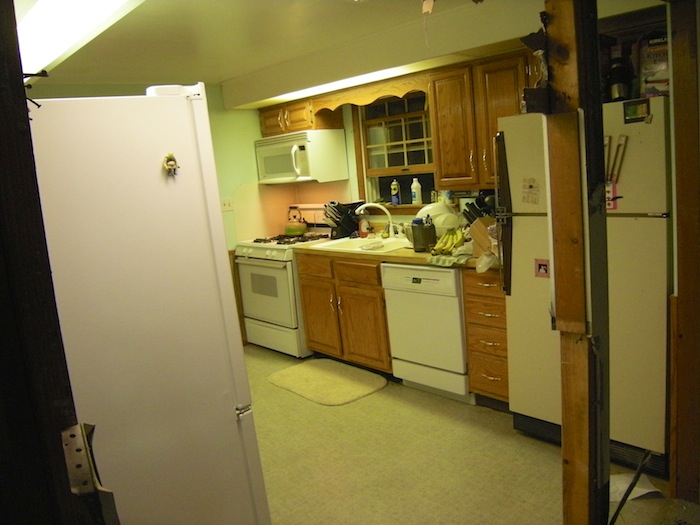 In addition, the thought that the wall might need to be braced underneath came up so Boy and his dad ripped up the floor. 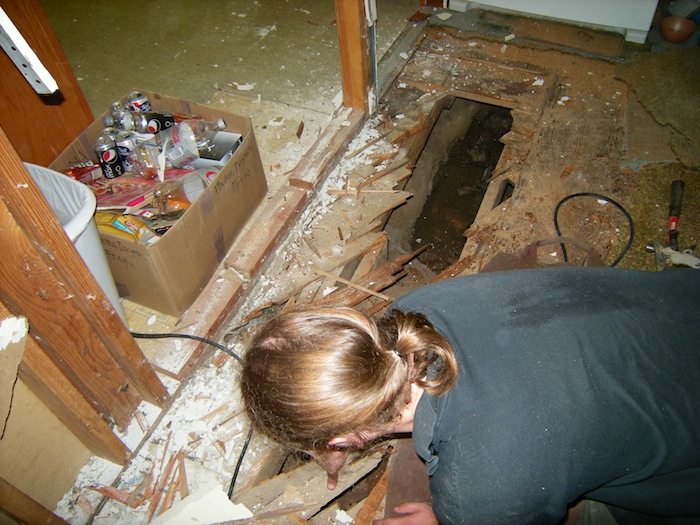 This has led us astray from the original project as we discovered the subfloor has all dry rotted and desperately needs to be replaced. So today, i began removing the carpet. 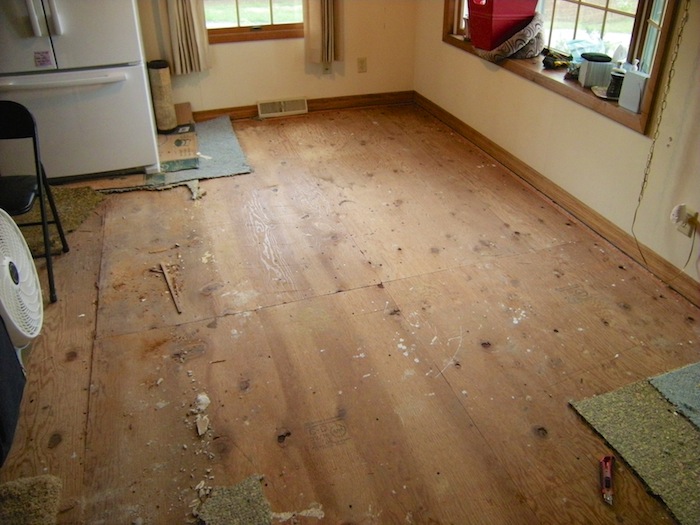 I work better within the world of schedules. I can probably live in the worst of conditions as long as im told when, what, and where the changes/ending would occur.  But not knowing really gets me in the gut. Therefore Boy laid it out for me and hopefully we can stick to it pretty well. By this weekend, all the subflooring should be replaced. By next week, the professionals should be coming in to do the wall removal. I will need another update on how long that will take them before i can finally say Phew, but for now, there is a goal with end in sight that I can hold on to. Once thats done, the cosmetics can start (flooring, cabinets, lights, action!) One step at a time though. One step at a time.

Just a thought, but maybe i should rename my blog to “Spiders I Find in my Bed While Sleeping” or something. :/ 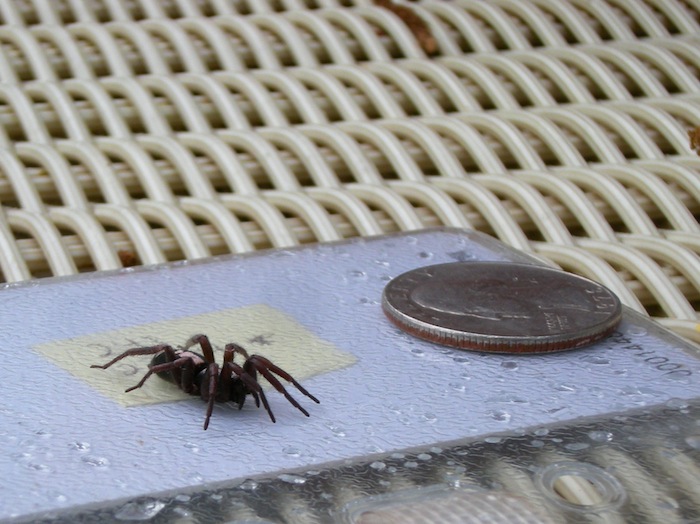 I would have had a better photo but it was one of them super duper fast ones so theres no way i was removing the glass for a better shot until we were outside so it could go free.

In better news (for me, as it likens to a bioarchaeology discovery), Boy started to rip out the ceiling to see how the rafters were laid out before we progressed with the contractor to remove a wall. An awful smell ensued, but we could find no evidence of water damage or any such cause. Later, whilst cleaning up the dry wall chunks, i flipped a piece over and discovered a perfectly intact skeleton of a mouse! Cool! 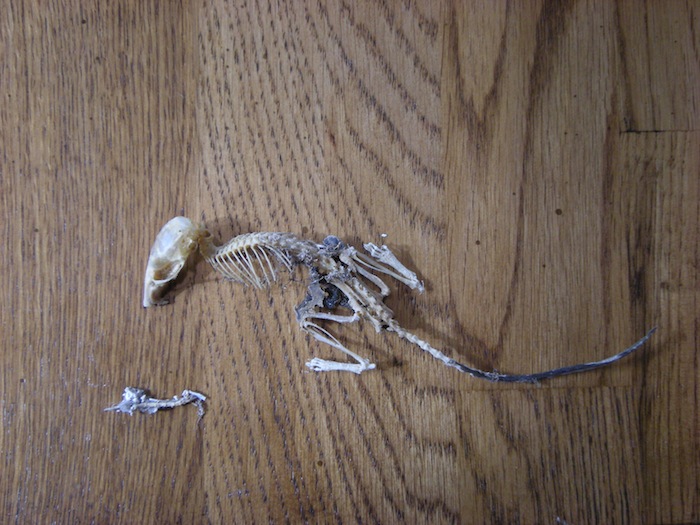 A while back I discovered the idea of a Crafternoon. Unfortunately I dont remember where the idea came from, but when you google it, you can see different takes on the theme. The general idea is to get together and make projects while you hang out. Since a lot of the people I know either have kids or young people in their lives, I thought a Tooth Fairy Pillow was in order. 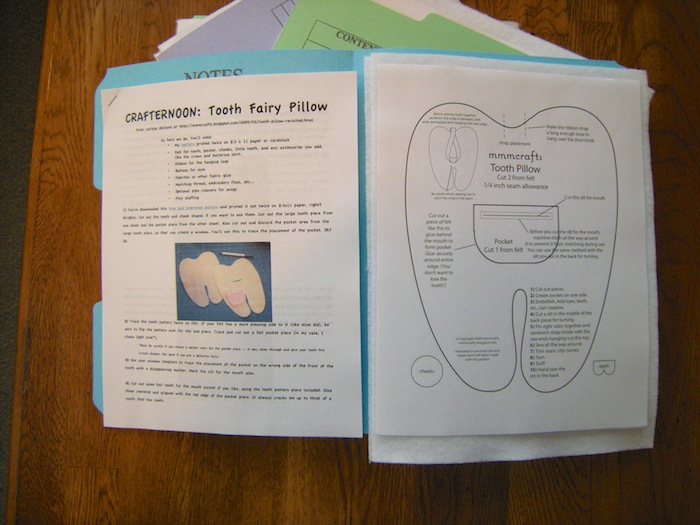 I printed out the pattern from Larissa at MmmCrafts and gave everyone a folder with some felt. I also had tons of colored felt, buttons, thread, stuffing, etc for people to get creative with. The skill levels ranged from advanced to very beginner. Even the kids got to participate. 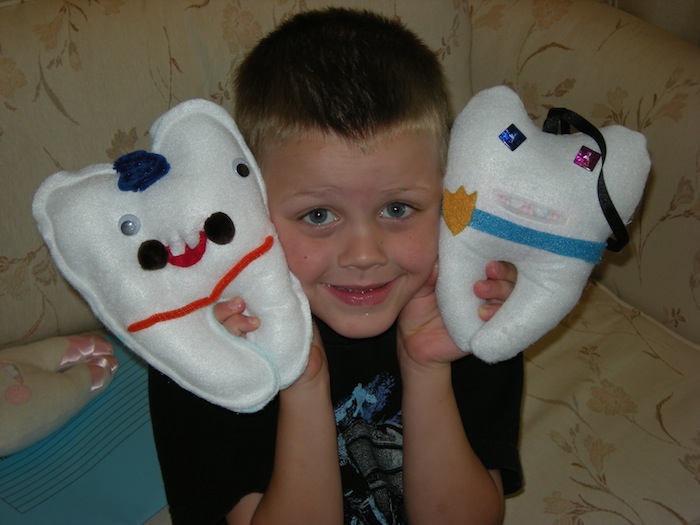 And of course we had snacks. It was pretty successful overall! Almost everyone left with completed pillows – I still need photos of two more but I was excited to share the idea with you  (I noticed that the craftier a person was, the longer it took them to make one – doesnt that seem like reverse pyschology?!) 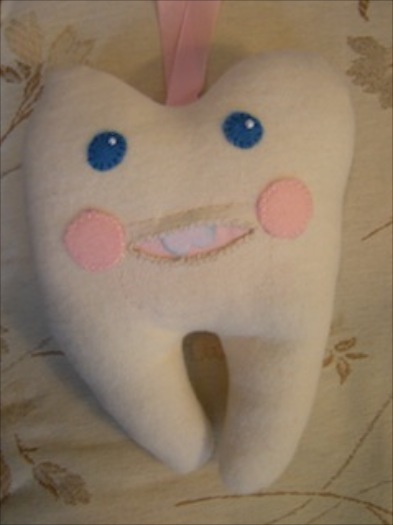 Here is the one I made. I suppose I might give it to my niece when she comes of age (Im considering making a new one or showing her mom how): 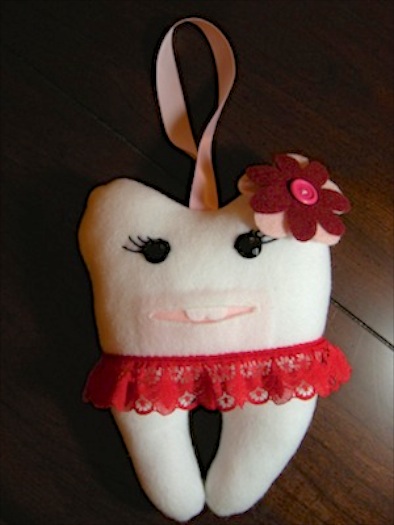 Doesnt she have a bit of a Flamenco Dancer to her? If I were to do the pillow again, I might use white fabric (so the mouth pocket doesnt show through as much – I just had the craft felt on hand) or something colored. If you check out MmmCrafts other works, the colored ones are pretty sweet: mmmcrafts turns two and tooth pillow for Isabelle. Thank you so much for posting the tutorial, Larissa :D