Home sweet home is not without issue. In a nut shell, our septic tank caved in this fall. It is in part of our yard that is not easily noticeable from our windows. So imagine my surprise when I wandered outside in a rush to check on a bird that I heard hit the window (which happens all too often, I am sorry to say). I did not find a bird, but I found a big gaping wet hole! 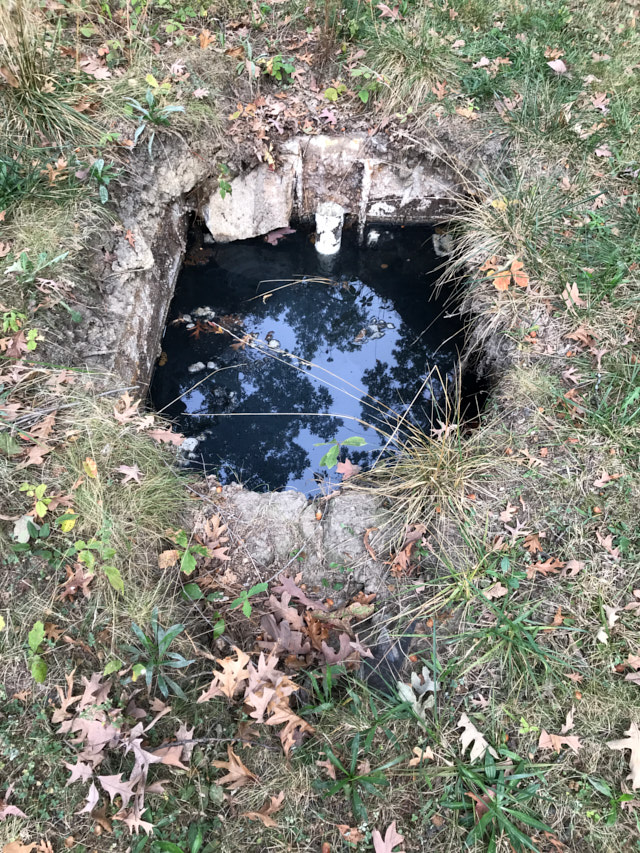 And then I called Boy because we had been talking about getting it pumped out, so while in denial at what I had seen, I assumed he and his dad were in the process of doing something with it. Because, I mean, really – what else could it be? Boy didn’t answer the phone, so I walked over to his dad’s house. His shock at what I described worried me…. We walked back over together and he says what I began to fear: the lid caved in. He and I covered it with a tarp and then we waited for the day when the pump guys and repair guys could coordinate to come out. 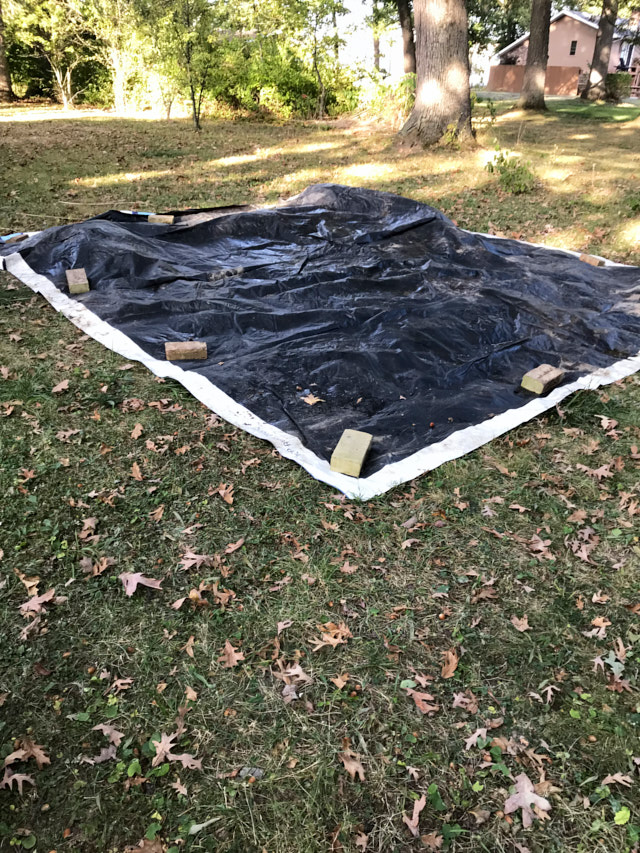 I am not sure how long it had been that way but I know we lucked out in several regards after talking to the people who came in and replaced it. It wasn’t full and the lid (and walls!) caved in in such a way that the force of the splash didn’t push all that gunk up into our house pipes, nor did it cause any damage out into the septic field’s drain lines. Phew! We learned all that after pumping it out. Here is the cold hard stinky truth of what goes into a septic tank: 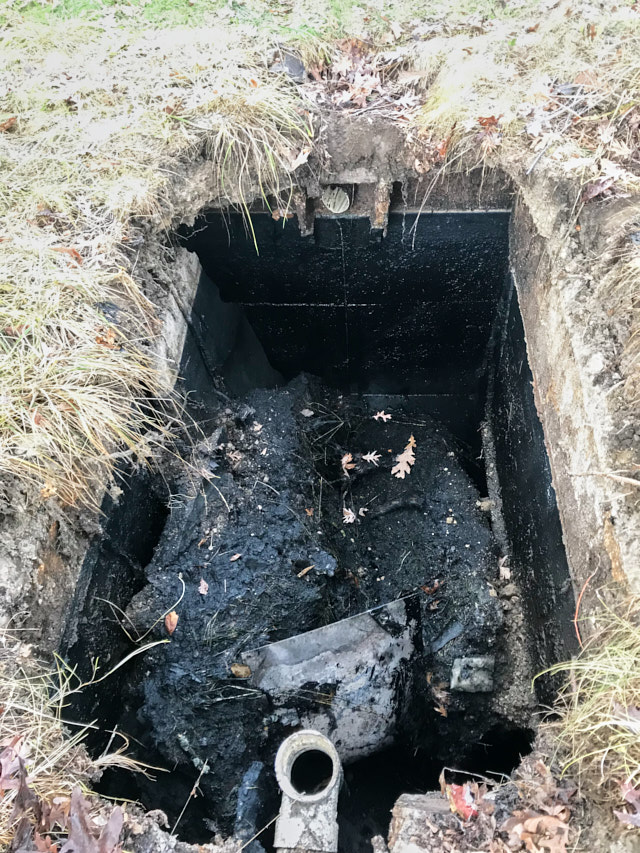 Then the sludge was scooped out for removal. The guys all did their best to avoid the bushes, though one did take a hit. I think it will live, though! 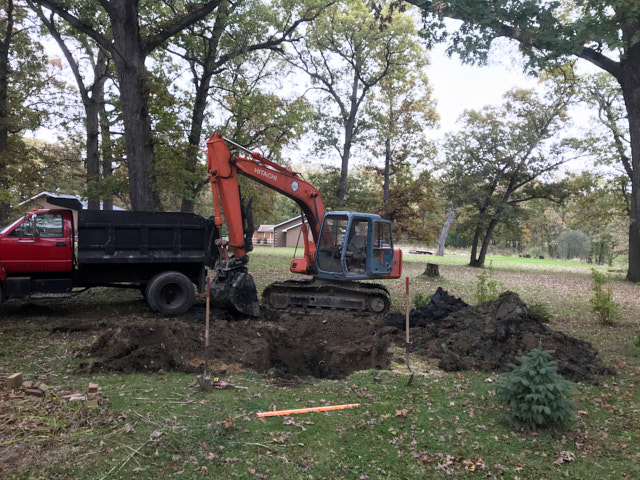 Carefully, but with quick expertise, they lowered in our brand new concrete tank! 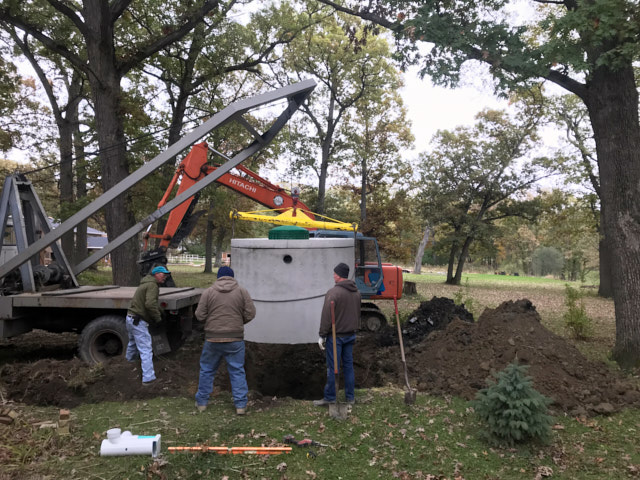 Then they worked on burying it. I will now have those little green things in my yard, which I am not a fan of, but knowing why they exist trumps my opposition. Plus, who am I kidding? I don’t mow the grass – the neighbor-dad-in-law does! ;) 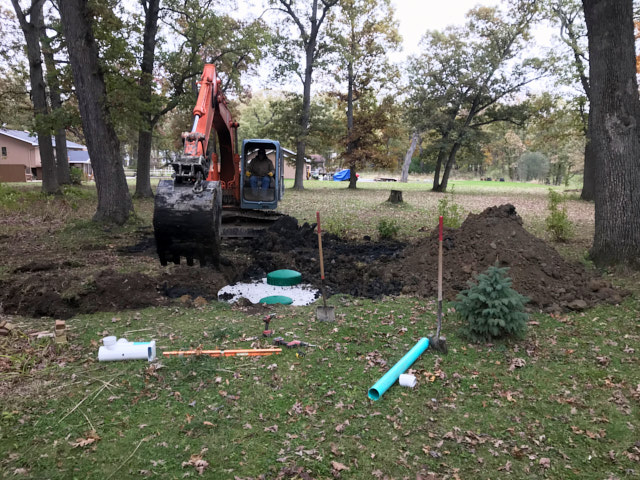 At the end, they carefully leveled all the dirt and left a little hump. The dirt will settle around the tank as it rains and animals trample it. 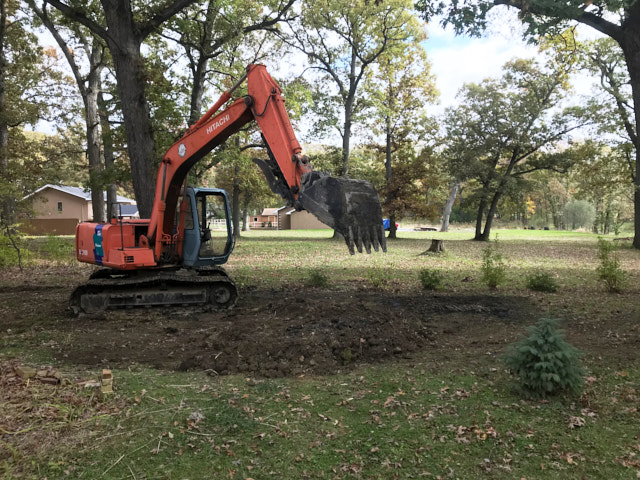 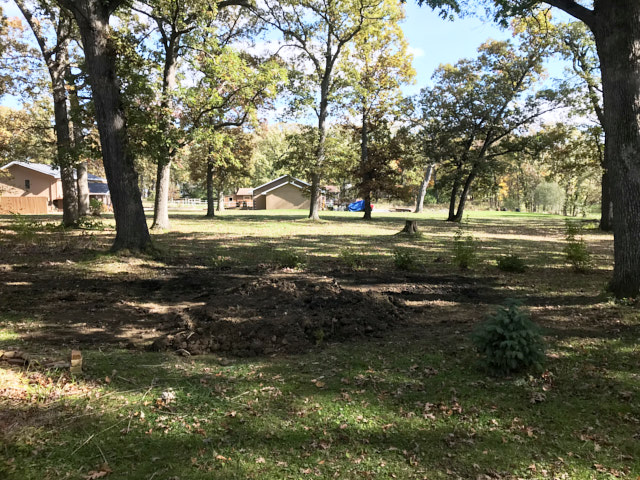 From a slightly different angle, you can’t even tell with our white Christmas snow:D 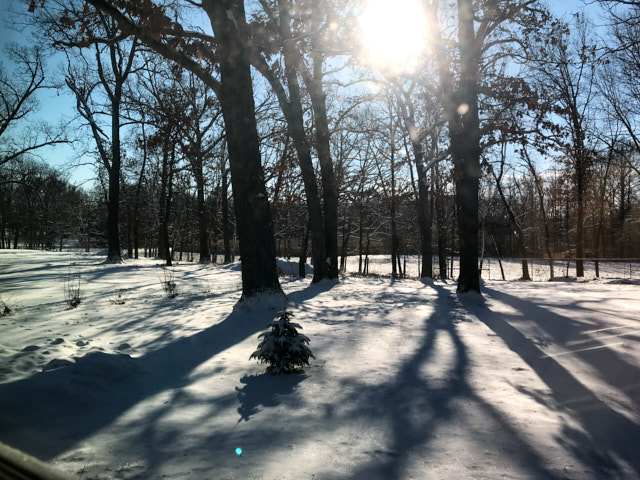 After that happy looking little pine tree a friend gifted me earlier this year, here is a depressing photo, of one of the birds this last migration season that didn’t make it after a run-in with my window. I brought it inside to learn more about its kind: commonly called a butterbutt, it is the yellow-rumped warbler. Bird deaths during migration is becoming a huge problem. If you haven’t heard about it, read more here. It isn’t just windows; there are a host of issues, but maybe the biggest is that indoor-outdoor cats should really have bells! 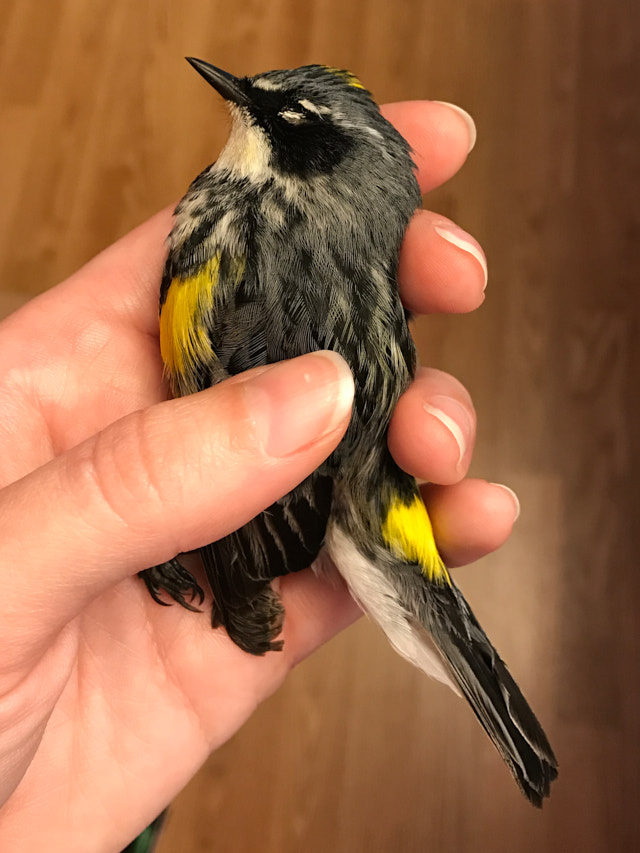